The Liberation of the Channel Islands

The Channel Islands were left undefended by British forces throughout WWII and lived under German Occupation for five long years. On 9 May 1945, liberating Allied forces negotiated the surrender of the Islands. Landing in both Guernsey and Jersey, they were greeted by crowds of cheering Islanders, joyously celebrating their freedom. 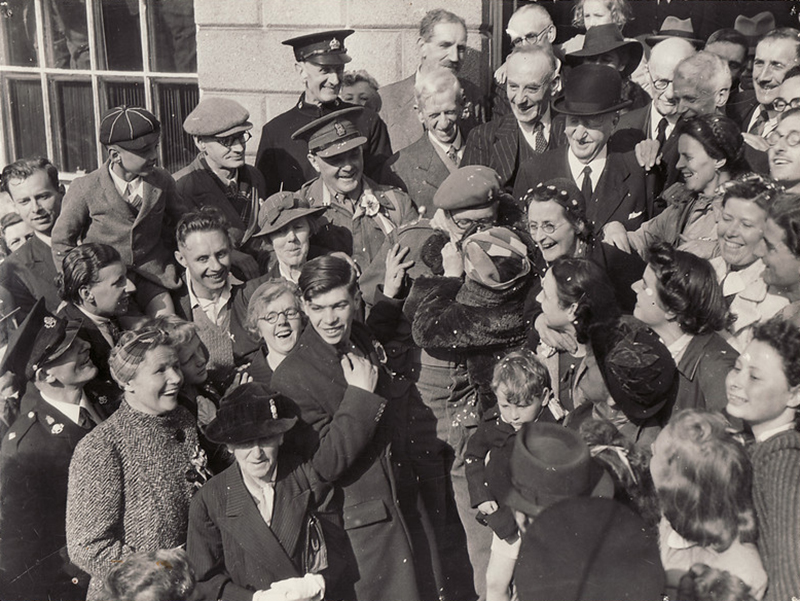 When Allied forces landed in Normandy on 6 June 1944 they left the Channel Islands in their wake. The Islands had been occupied since the summer of 1940 and would remain so until the end of the war.

When it first became clear that the Islands would be invaded, the civilian populations faced traumatic decisions. Should they leave their homes and move to England, divide their family by evacuating just their children, or remain together living under German rule? Those choosing to remain experienced five hard and hungry years living under stifling rules and regulations.

Almost half of the resident population of Guernsey remained on the Island during the German occupation; four fifths of the children and 12,000 adults chose to evacuate at short notice prior to the bombing of St. Peter Port and St. Helier by the Luftwaffe on 28 June 1940. Around 6,500 of a population of 47,000 evacuated from Jersey. Conversely, virtually all residents of Alderney were evacuated and the occupying forces arrived to an almost uninhabited Island. In contrast, all residents of Sark chose to remain on the Island. One family lived in Herm Island and Lihou was abandoned. Mainly used for hunting and training exercises, these smaller Islands remained largely unoccupied by German forces.

The Islands were freed by Liberation Force 135 from 9 to 16 May 1945. While the liberation was achieved without armed conflict, sadly both British and German soldiers went on to lose their lives clearing mines.

The effects of the occupation were far reaching. Food shortages had emaciated the inhabitants of the Islands and German fortifications scarred the landscape. Many evacuated children suffered an inability to re-connect with their families, which would linger throughout their lives.