Sark Island, one of the Islands of Guernsey, was occupied by German forces in 1940 for a period of almost five years. While Europe was liberated on the 8 May, Guernsey was liberated on 9 May and Sark was the last to be liberated on 10 May 1945. 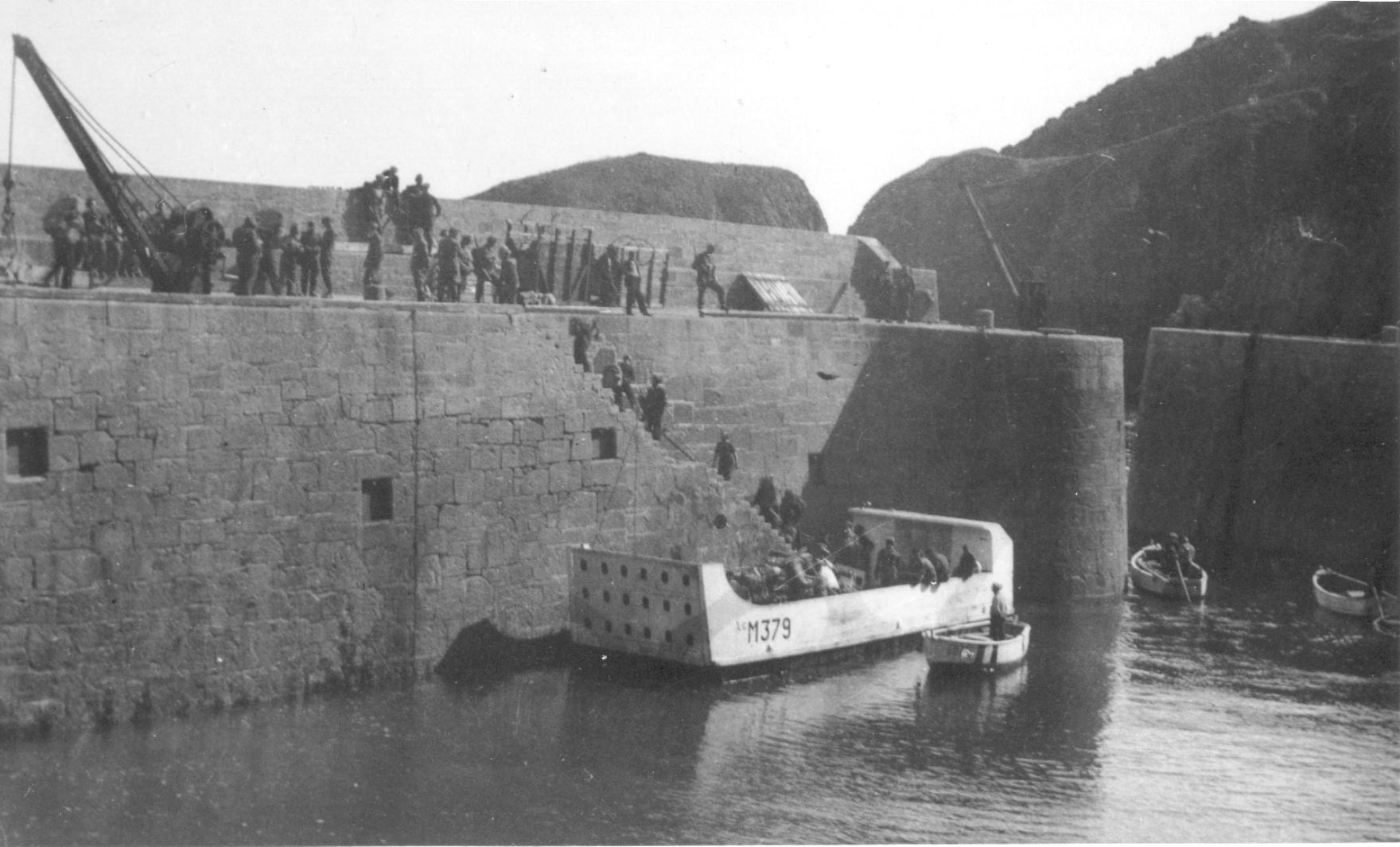 On 10 May 1945, a small British force from Liberating Task Force 135, under the command of Colonel Allen, sailed in to Sark’s Creux Harbour. They were escorted to Mill Lane by Sark’s leader, Dame Sibyl whose husband, the Seigneur of Sark, was deported from Sark on 12 February 1943 and interned in Laufen Camp.

Dame Sibyl translated for Colonel Allen and German commander, Inselkommandant Hauptmann Magsam, and surrender papers were signed. Just hours later the entire liberating party of British officers and soldiers returned to Guernsey, leaving the Dame in command until their return to Sark on 17 May 1945.

The 34 British troops, led by Major Clement, then evacuated some 270 German prisoners of war,  leaving behind the German doctor until a civilian doctor could be appointed in his stead.

In late May the 259 Field Company, British Royal Engineers arrived in Sark with around 100 German POWs from Jersey to continue clearing the land mines and to rebuild La Coupee, the narrow isthmus between Sark and Little Sark. A total of four German POWs were killed by their own mines.  The work was complete by November and, after handing over the Christmas presents they had made for the Sark children, the POWs were shipped out from Creux Harbour.