The Forced Workers Trail will introduce you to places around the Island that are associated with the foreign labourers brought to Jersey to build German fortifications under the Organisation Todt.

The Channel Islands was the only region of the British Isles to be occupied by German Forces during the Second World War. The Occupation of Jersey began on 1 July 1940, and the Liberation took place on 9 May 1945. During a two year period from the autumn of 1941, approximately 6,000 foreign workers - men and women - were brought to the Island against their will by the Organisation Todt (OT), and made to take part in the construction of concrete fortifications.

The workers were brought to Jersey from numerous countries including Spain, France, Belgium, Holland, Czechoslovakia, Poland, Algeria, Morocco and citizens of the former USSR, especially Russians, Ukrainians and Belarus. They essentially fell into two categories: labourers from Western Europe and North Africa were conscripted or forced workers, but they were paid and free to move around the Island outside of working hours, subject to the curfew. Soviet citizens, with their Slavic ethnicity, were regarded as slave labour – they received no payment, had no freedom from captivity, were given the most nominal rations and very often treated with brutality.

This trail will focus principally upon the experience of the forced and slave labourers, but also include sites that were part of the Organisation Todt (OT) infrastructure. 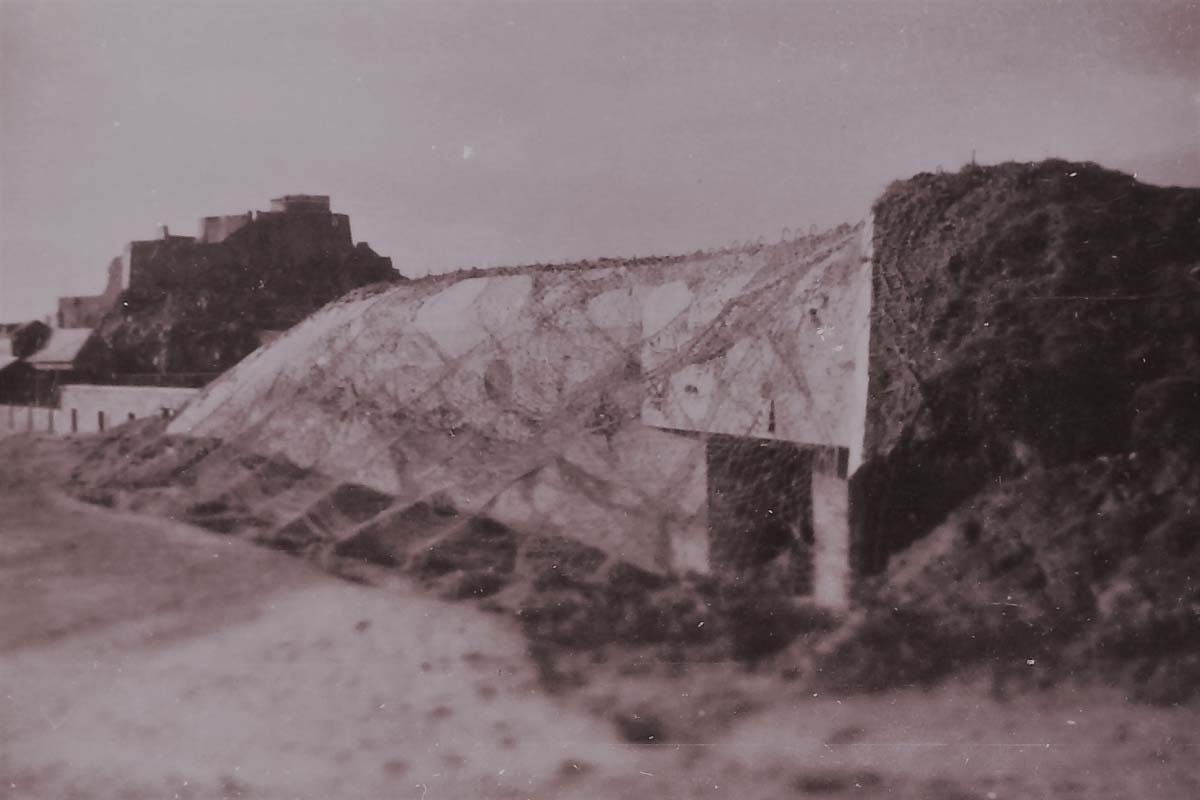 The prominent position of the Castle in the middle of St Aubin’s Bay, to the south of the Island and close to St Helier,... 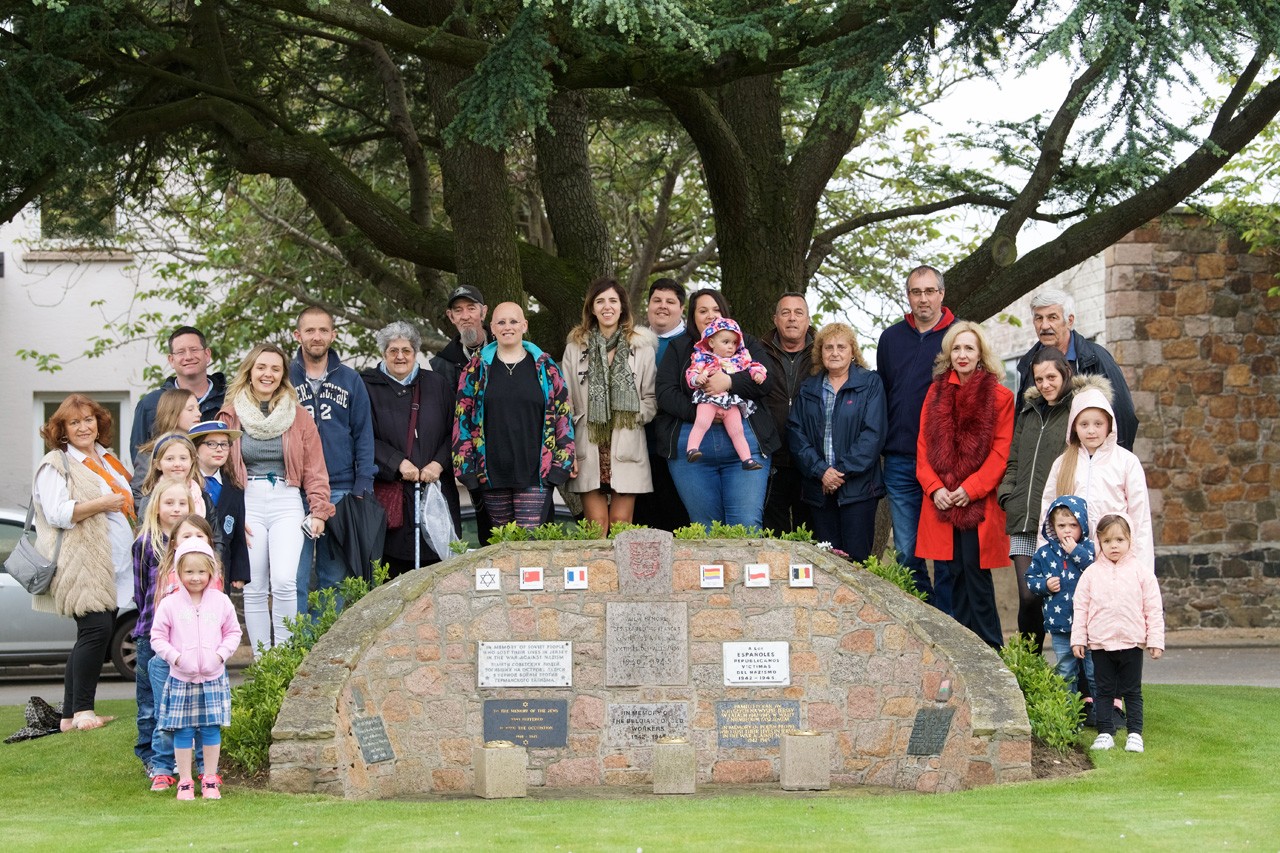 Westmount Memorial at the Jersey Crematorium

The Westmount Memorial at the Jersey Crematorium commemorates the former Strangers’ Cemetery where forced and slave work...

The former railway bridge over La Route de Moulin was built during the Occupation of Jersey in 1942 as part of the large... 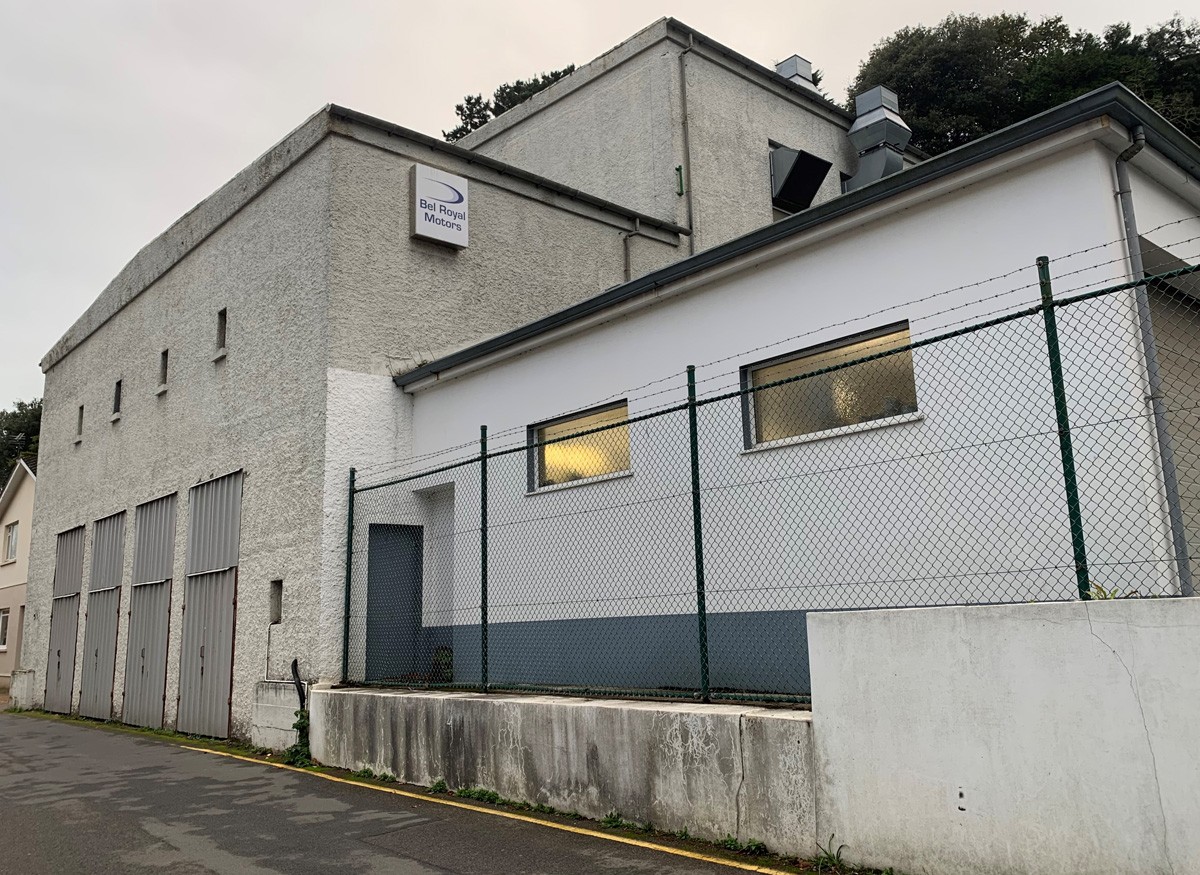 The Island's power station, at Queen's Road, St Helier, was diesel-fulled. The shortage of diesel prompted the Organisat... 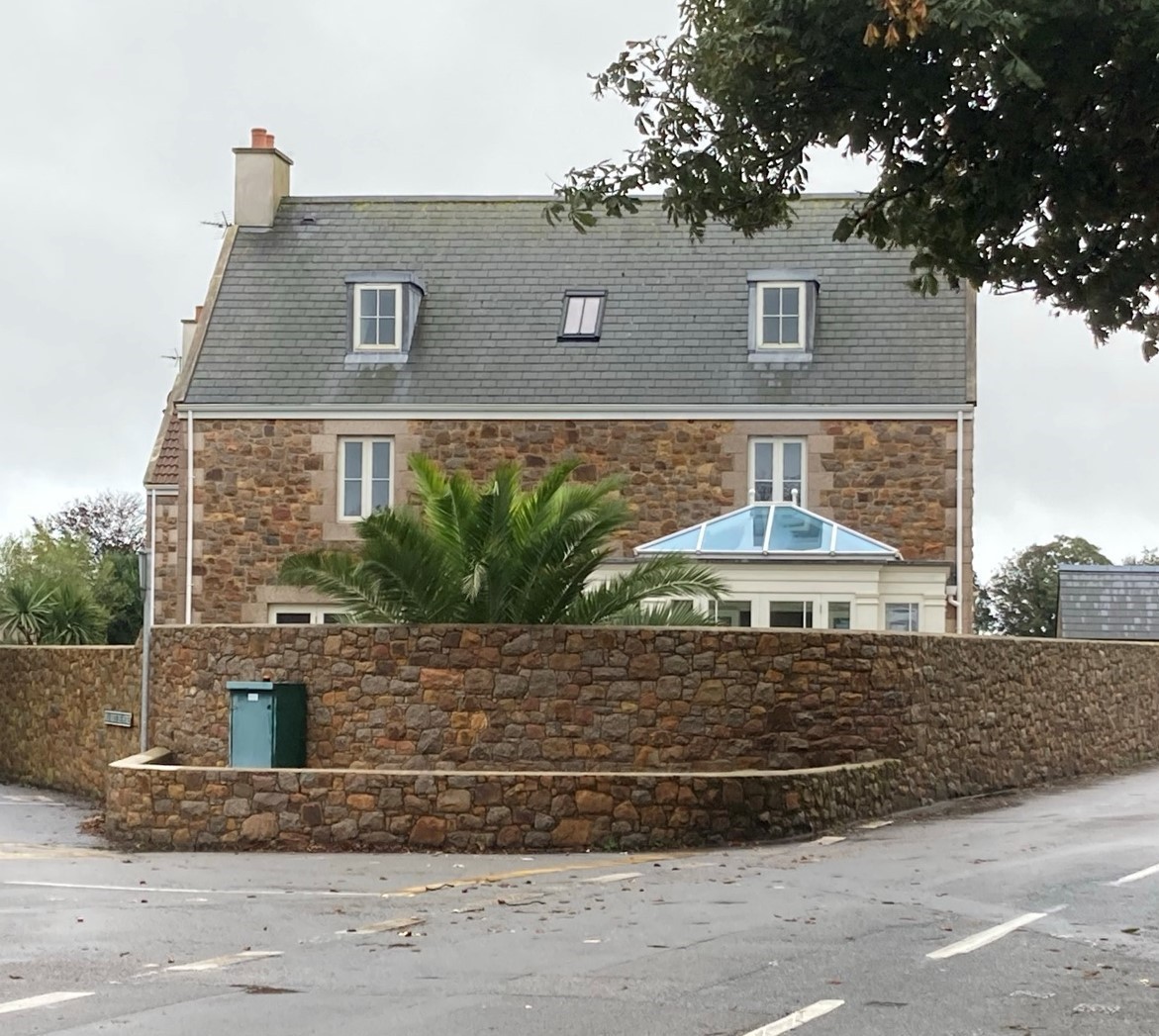 Overdale Stores was the location of a fatal robbery committed by Russian slave workers, who were driven by desperate hun... 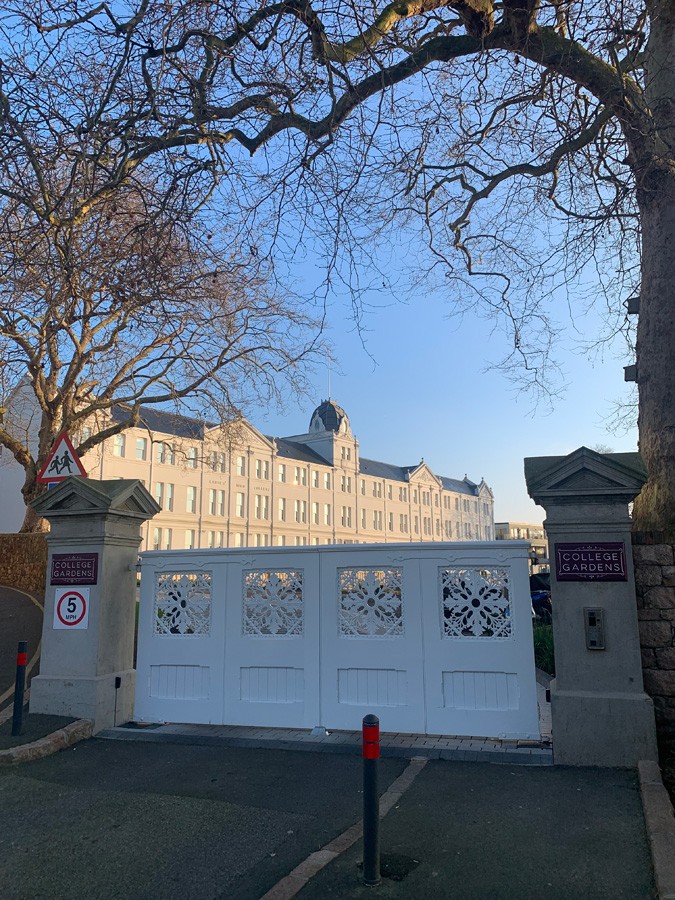 The Organisation Todt Hospital in Jersey was first established at a private house called ‘Rosemount’, located on Mont Pi... 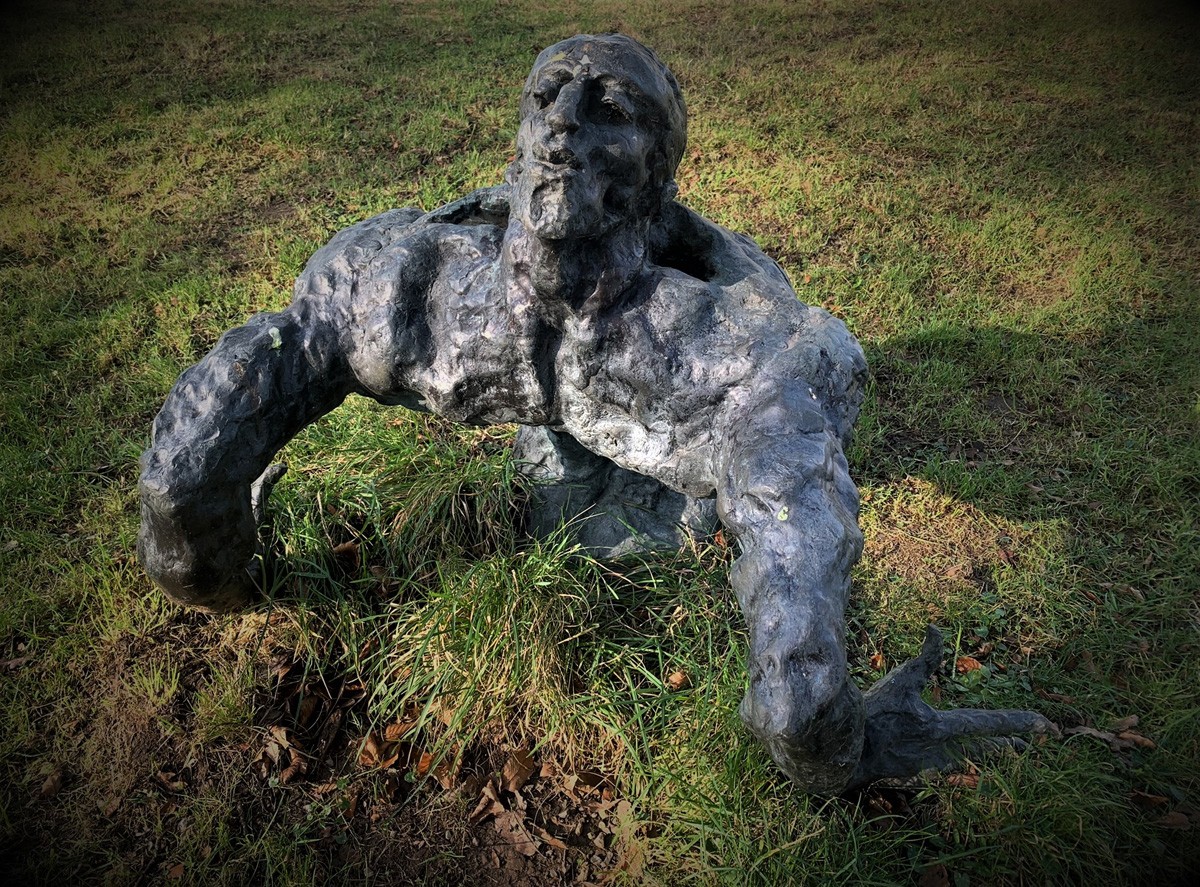 The Memorial to the Forced Workers is located at La Hougue Bie Museum, within a former German command bunker. ...

The quarry at Les Maltières, near Gorey Village, was reopened in 1942 to meet the building objectives of the Organisatio... 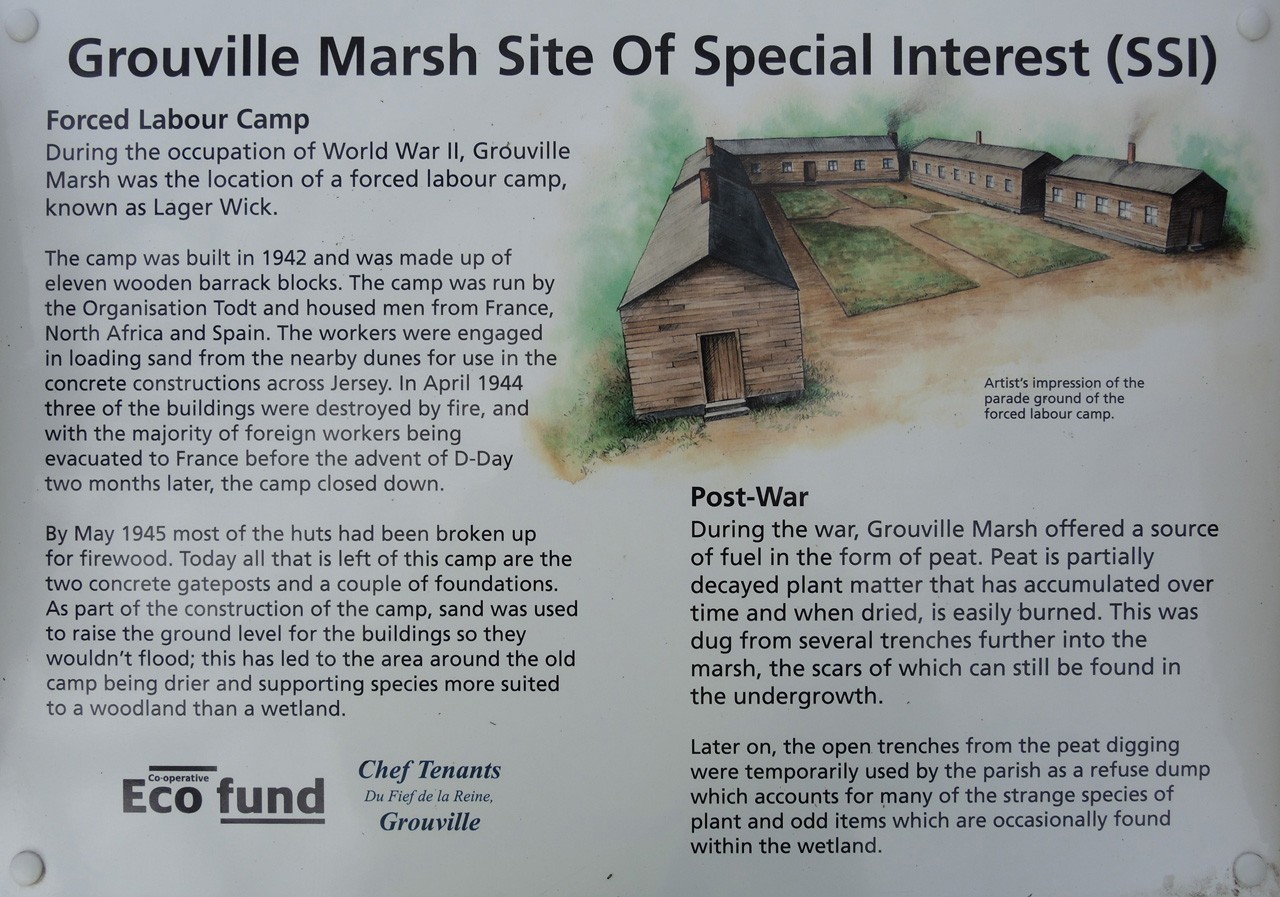 Lager Wick Labour Camp was a labour camp built by the Organisation Todt in 1942 during the German Occupation of Jersey.... 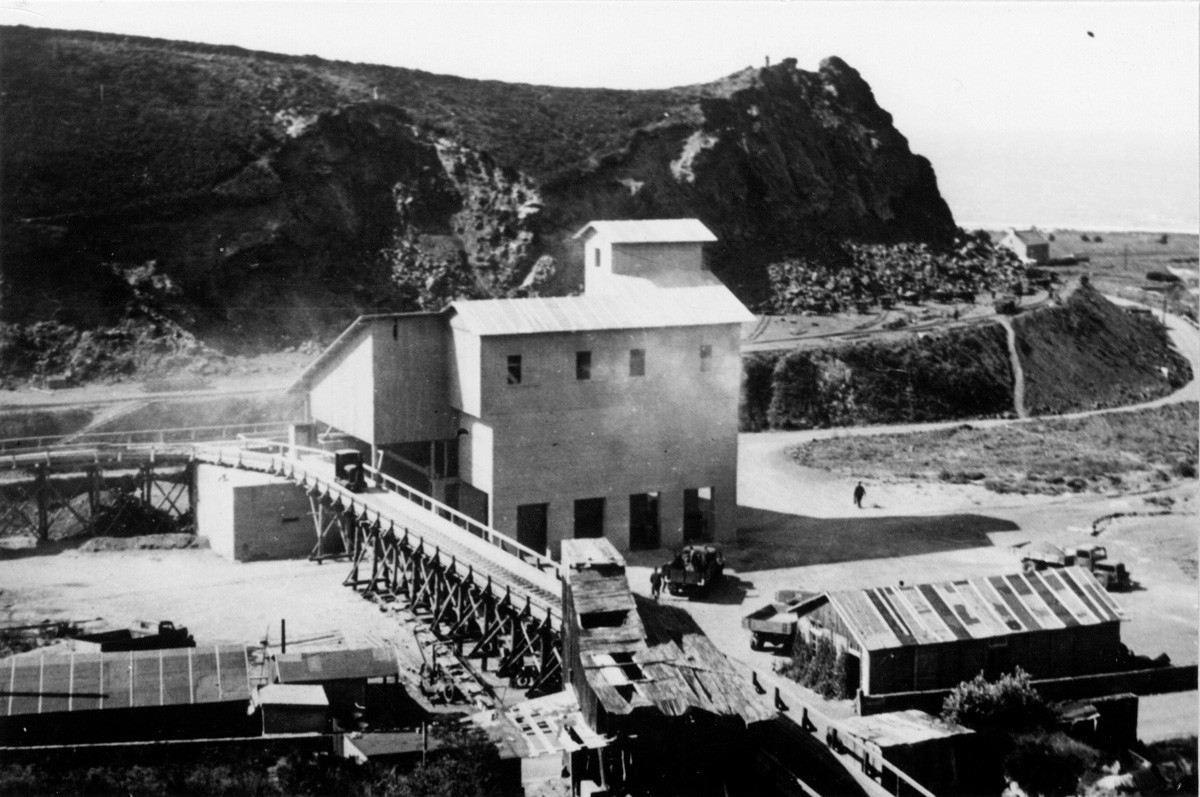 The German fortification programme relied upon the efficient extraction of sand and aggregate from Jersey’s beaches and ... 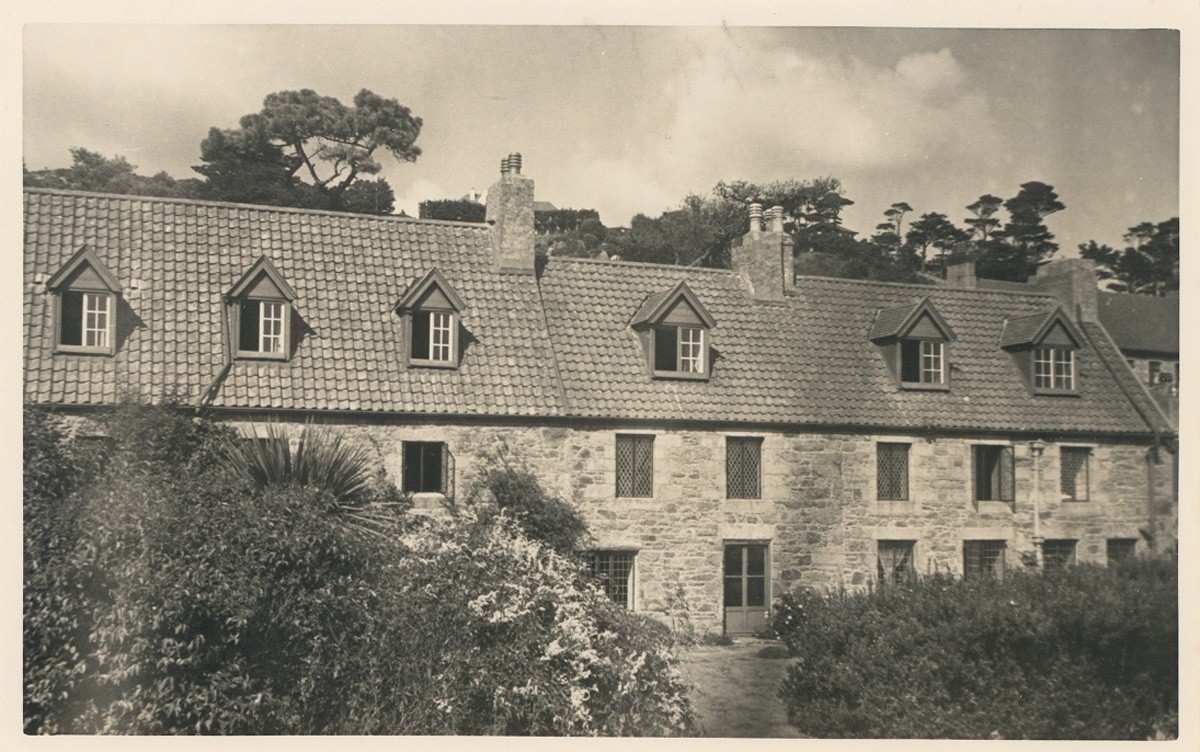 During the German Occupation, La Rocquaise was the home of French half-sisters Lucy Schwob and Suzanne Malherbe. They we... 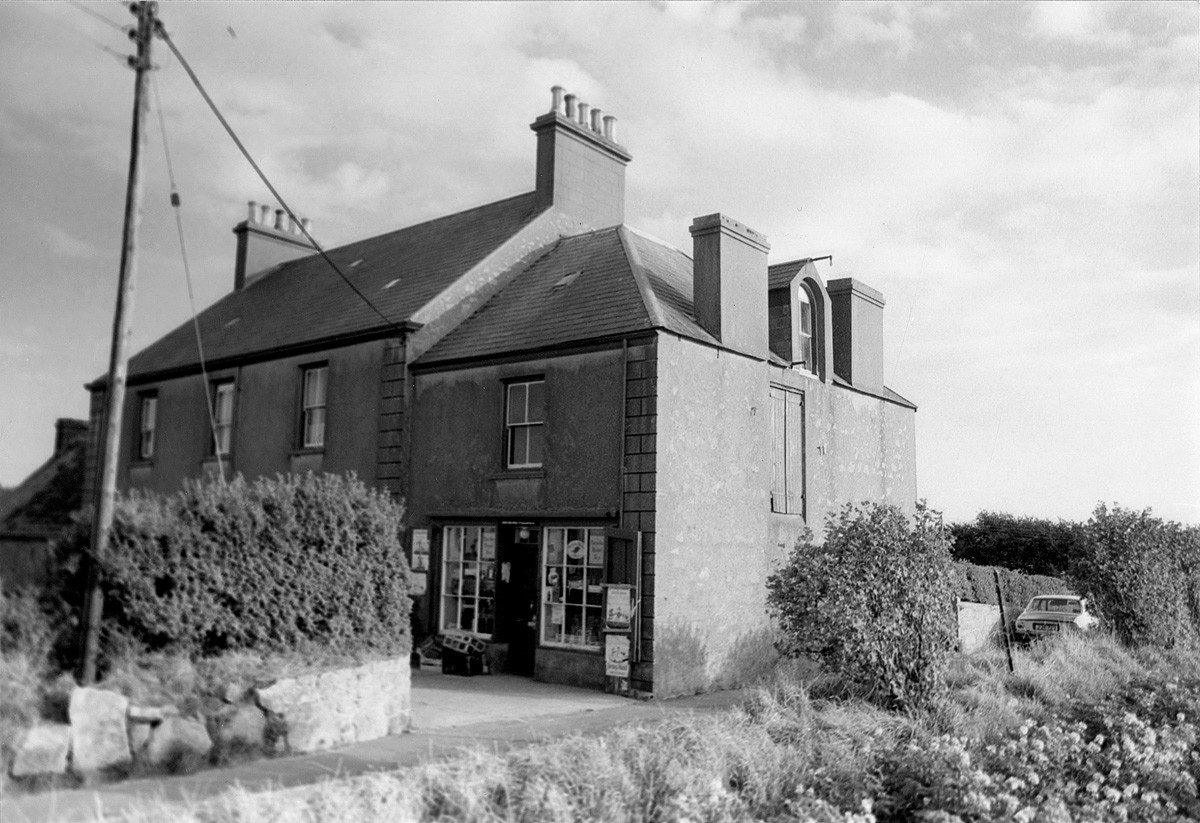 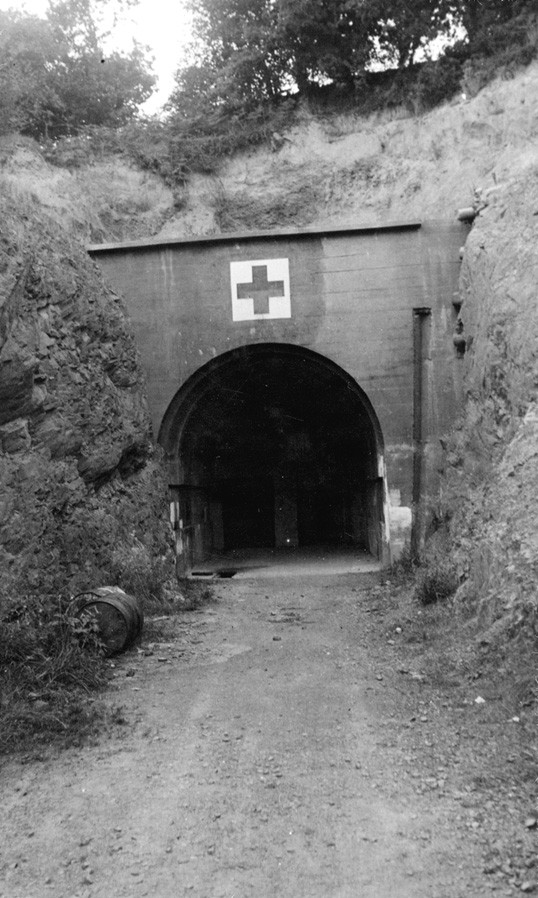 Jersey War Tunnels, formerly known as the German Underground Hospital, is without doubt the best known of the Island’s w... 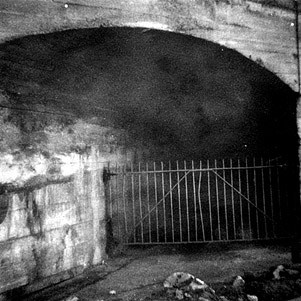 The English Harbour was the location of a wooden railway bridge which was part of the Organisation Todt railway. The rai... 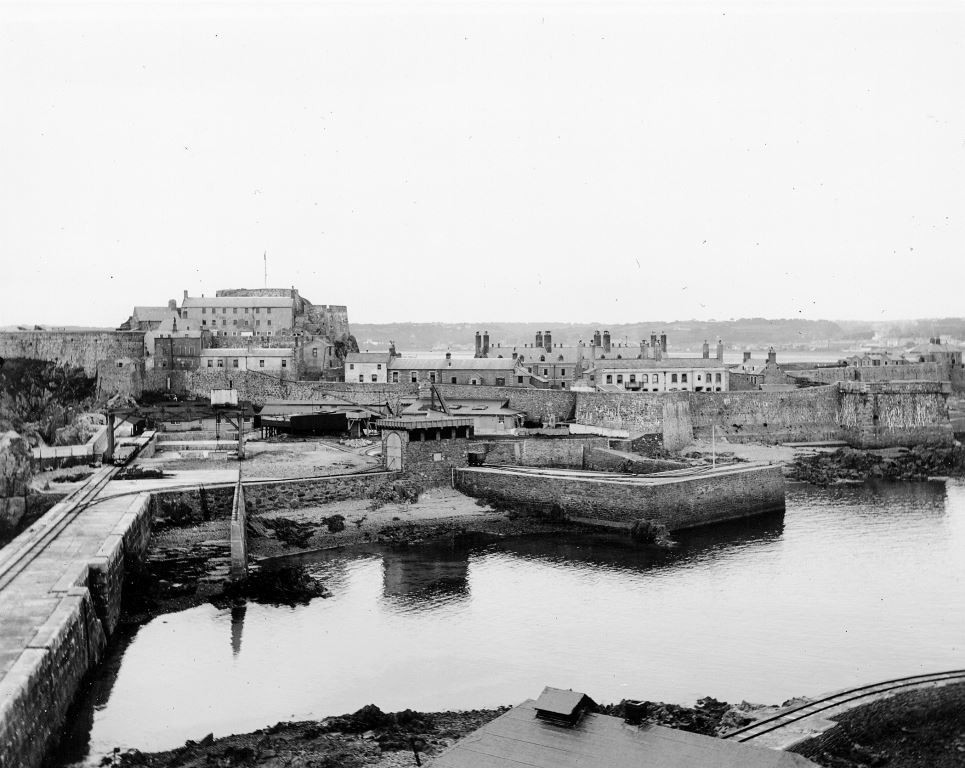 From 1942 to 1943, Elizabeth Castle was used partially as a detention camp for military defaulters. It is understood tha...

The Organisation Todt had their headquarters in Jersey at 17 Midvale Road, St Helier. They also occupied the house next ... 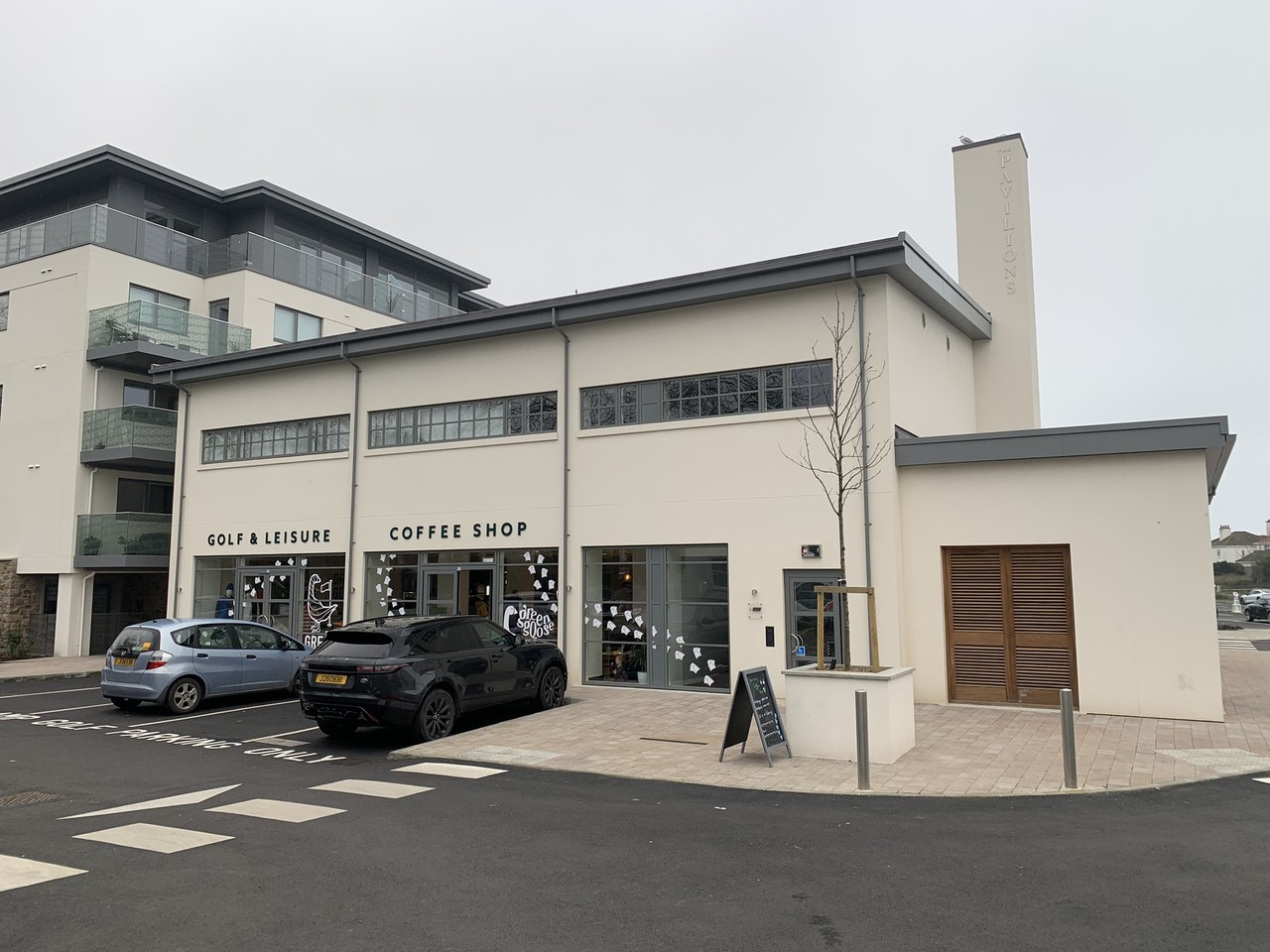 The Organisation Todt Bäckerei (bakery), which was built on Goose Green Marsh, Beaumont, has now been incorporated into ... 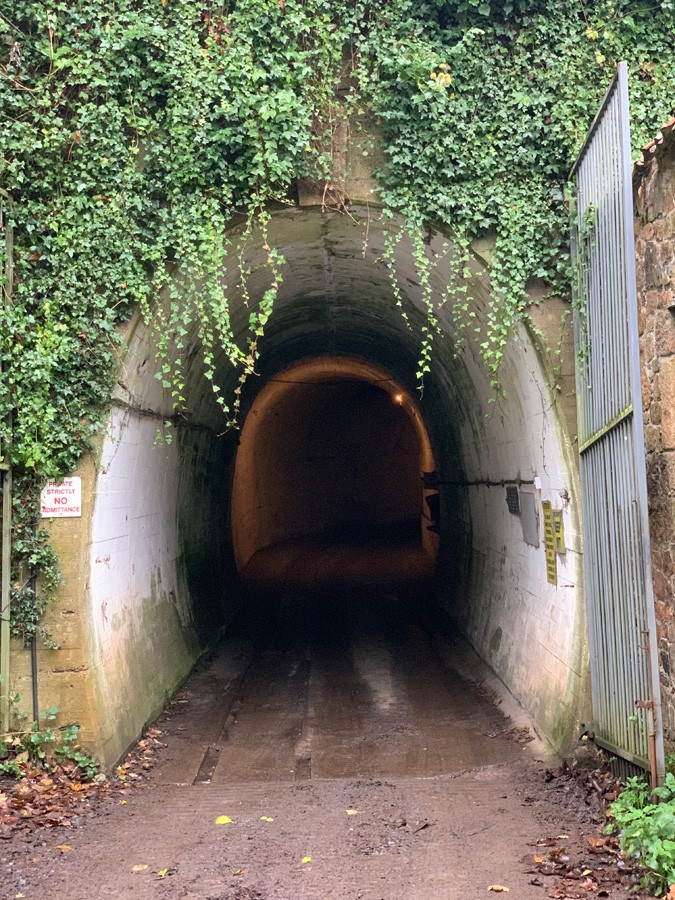 This tunnel complex was built by the German State Labour Service (Reichsarbeitsdienst – RAD) and the German firm of Theo...

Vasily Marempolsky was a Ukrainian slave worker brought by the Germans to the Island of Jersey during the Occupation. Th... 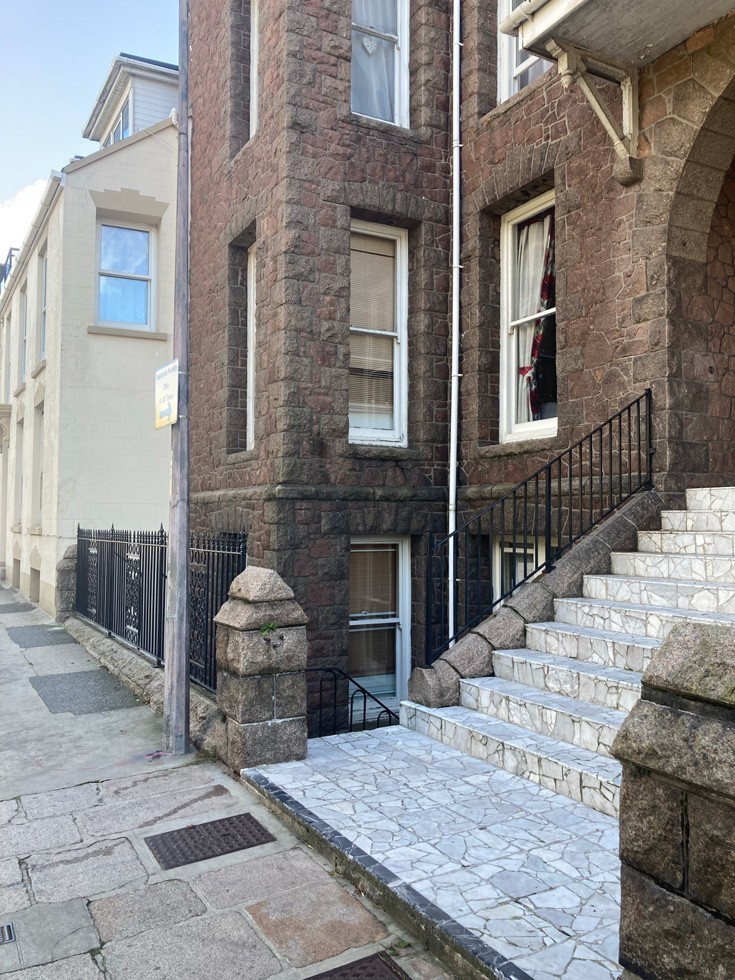