The Second World War in Europe ended in the spring of 1945 with the Allied victory over Nazi Germany. The fate of the German people now lay in the hands of the four victorious powers, the USA, the Soviet Union, Great Britain and France. Germany and Berlin were placed under a shared four-party administration.

Division of EuropeLiberationOccupationVictory and defeat 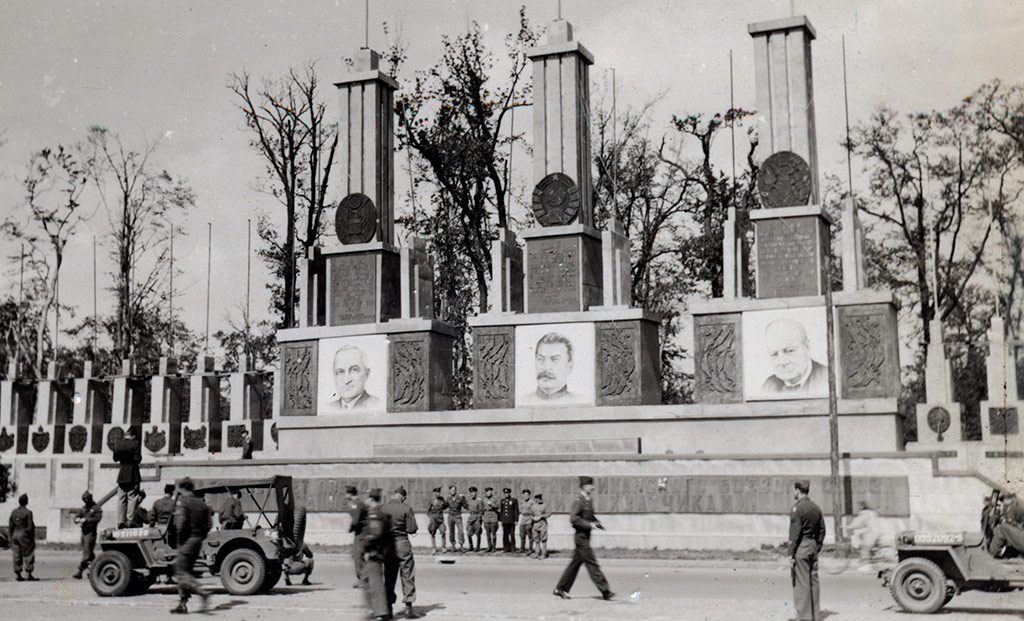 In 1939 the Second World War started in Europe with the German invasion of Poland. Hostilities soon spread to western and northern Europe. The German invasion of the Soviet Union and the Japanese attack on Pearl Harbor in late 1941 transformed it into a global conflict, leading Great Britain, the USA and the Soviet Union to enter into a war-time alliance. France achieved the status of the fourth Allied power in the beginning of 1945.

With Germany's unconditional surrender on 8 May 1945 in Berlin's Karlhorst district, the Allies had achieved one of their central war aims. By way of the Berlin Declaration of 5 June 1945 the four-power military authorities assumed supreme authority in Germany and Berlin. Henceforth the decisions of the victorious powers, individually in their respective zones and jointly in the Allied Control Council for Germany as a whole, became the law of the land. The capital of the vanquished German Reich, Berlin, was occupied by all four powers.

At the final Allied conference of the Second World War, the Potsdam Conference, the Allies agreed on occupation policies concerning demilitarization, denazification, democratization, decentralization and reparation. However, mounting tension between the Western powers and the Soviet Union created a situation in which essential decisions were no longer taken jointly but separately by the military governments in their respective zones and sectors of occupation.