The Battle of Normandy

Fought between the iconic landings on 6 June 1944 and the liberation of Paris on 25 August, the Battle of Normandy is often overlooked. Yet this campaign decided the course of the war in Northwestern Europe. The losses were huge: more than 100.000 people were killed during the 80 days, 20.000 of them civilians. 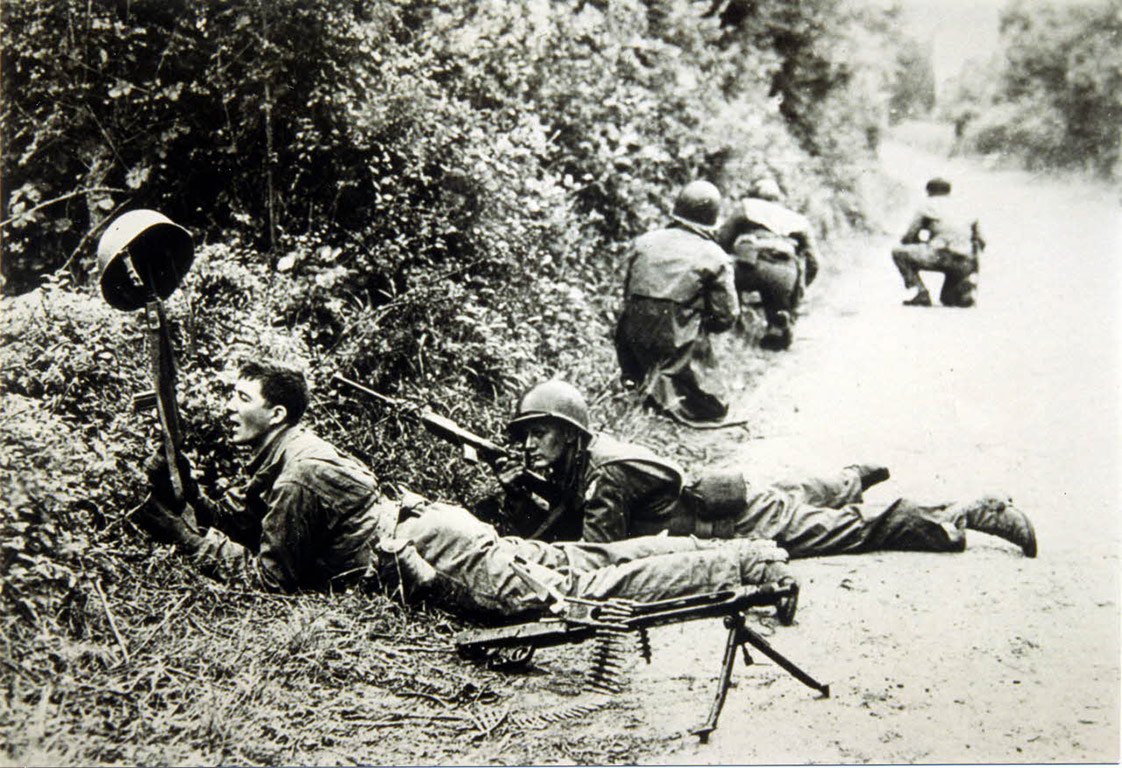 On the evening of 6 June 1944, the Allied forces had established a foothold on all five landing beaches. There was still a long way to go, but the day’s operations, that took the German command by surprise, were successful. The next Allied goals were to join the bridgeheads into a continuous front and to bring in reinforcements faster than the Germans could.

In this deadly race, logistics played an essential role. Therefore the planned construction of a huge artificial harbour at Arromanches was vital, as was the capture of the deep-water port of Cherbourg.

After establishing land and air superiority, the Allies managed to break through the German lines west of Saint-Lô. This happened on 25 July, after long and dangerous treks across the hedgerow fields. The Battle of Normandy ended with the encirclement of the German forces in the so-called Falaise-Argentan pocket between 19 and 22 August, and the hasty retreat across the Seine river by the remnants of the German army during the following days, paving the way for the rapid liberation of the rest of France and Belgium.

The military cemeteries dotting the landscape of Normandy remind us of the heavy price that was paid for Europe to regain its freedom. A total of 80.000 soldiers died in Normandy. The country itself was devastated after the battle that also claimed the lives of around 20.000 civilians.