The Polish First Armoured Division under command of general Maczek played an important role in the liberation of France, Belgium and the Netherlands. The ‘black division’ was feared by its enemies and brought swift liberation to the occupied nations. 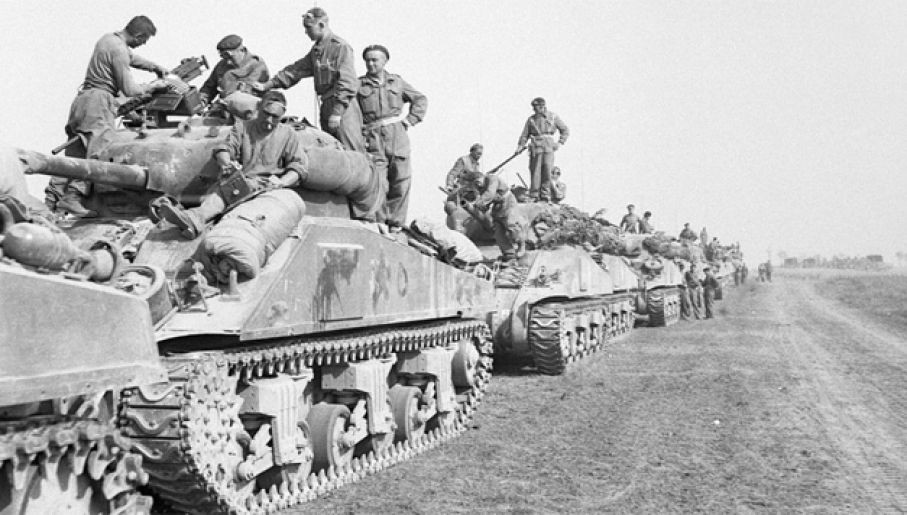 By the order of the Commander-in-Chief of the Polish Armed Forces, general Sikorski, on 25 February 1942 the 1st Armoured Division was established in Great Britain. General Stanislaw Maczek became its commander. It was deployed in Scotland to defend the coast in case of a German invasion. In June 1943 it was moved to southern England. In July 1944 it was made up of 885 officers and 15,210 soldiers. They were equipped with 381 tanks and 473 cannons.

After landing in France the Polish unit was tasked with breaking the German defence in the Caen-Falaise area. Polish soldiers entered the battle on 8 August. Ten days later in the Chambois area they closed the ring surrounding the German 5th Panzer Army. Under Falaise we locked the Germans like they were in a bottle, and the Polish Armoured Division was the cork in this bottle – wrote general Montgomery. The enemy attacked the Polish positions desperately and to no effect, losing 55 tanks and almost 250 other vehicles. After refilling losses, the 1st Armoured Division entered Belgium on 6 September 1944. In a week it liberated Ypres and Tielt, then regained Ghent. It entered the Netherlands on 16 September, in October Breda was liberated. Polish soldiers entering the city saw sheets of paper in the windows, reading in Polish “Thank you Poles”.

Since April 1945 the Division fought in Germany. Its battle trail ended in Wilhelmshaven on 5 May 1945, where the capitulation of commanders of, among others, 3 cruisers and 18 submarines was accepted. During the war the 1st Polish Armored Division lost 975 soldiers. After Germany’s capitulation, on 20 May general Maczek took command of the Polish I Corps in Scotland. The new commander of the Division was general Klemens Rudnicki. For two years veterans of the ‘black division’ occupied northern regions of Germany. In June 1947 they returned to England, where they were disarmed and demobilized.

Project realized with the support of the Polish Institute in Brussels