A day never to be forgotten

In September 1944, heavy fighting takes place in central and northern Limburg between the Allies advancing from the Peel Region and the German occupiers. In November, Kessel is the scene of death and destruction. The ferry capsizes, causing civilian casualties. On the 17th of November 1944, German troops blow up the parish church tower and set Keverberg Castle ablaze. 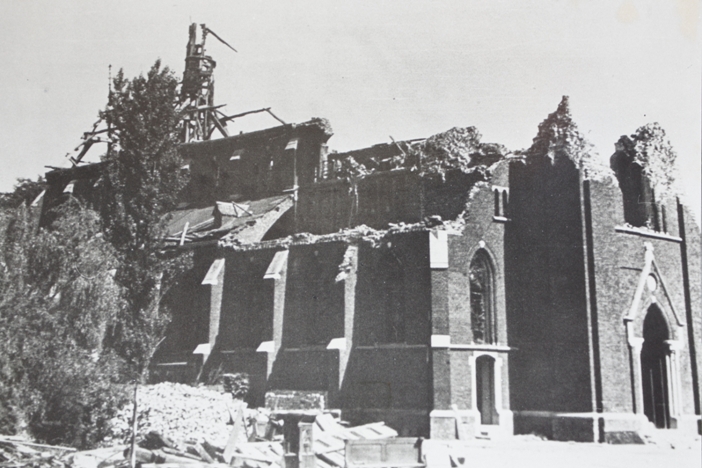 The liberation of Kessel occurred during the fighting in central and northern Limburg between Overloon and Meijel: the Peel Region.

There was fierce fighting between the Allies and the Germans. From the Peel, the Allies advanced towards the River Meuse. A few days before liberation, on the evening of the 11th of November, the Kessel ferry capsized. Seven Belfeld inhabitants and six German soldiers were drowned during the perilous crossing. On the 17th of November 1944, the Germans blew up the church tower with explosives, collapsing it onto the nave of the church. By six o'clock, Keverberg Castle was packed with explosives but the attempt to blow it up failed.

Soon after, the castle was set on fire. On the 19th of November, British liberators entered the village unopposed from the direction of Helden.