The railway bridge over the IJssel

The old railway bridge in Deventer is militarily important during the Second World War. Germans use the railway to transport war materials such as the V1 and V2 from east to west. Food and other desirable items go from west to east. On Sunday morning the 15th of October 1944, people are shocked by extensive Allied bombing of the bridge. Many air strikes follow, but the bridge remains intact. 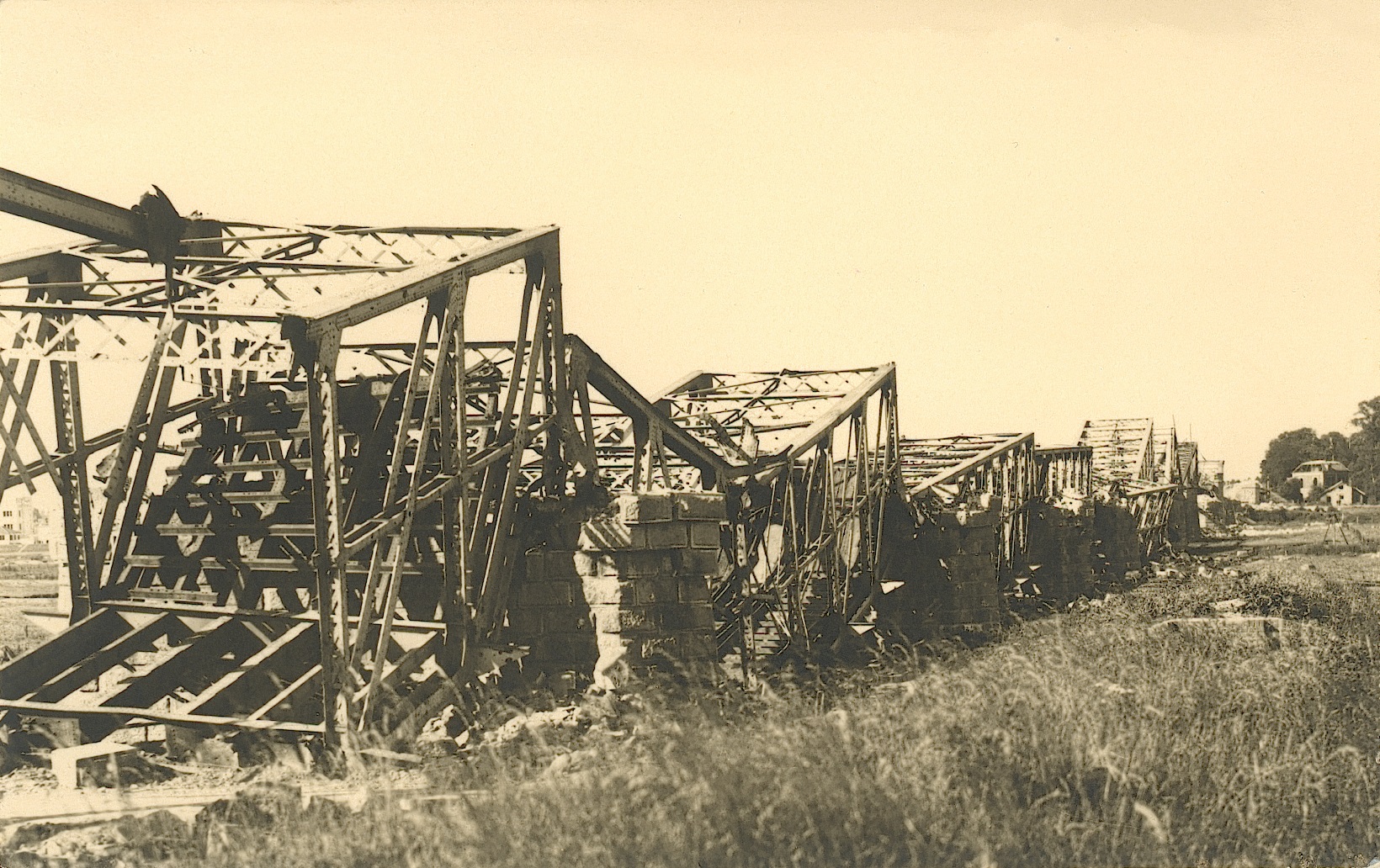 Deventer wartime history is inextricably linked to bridges. Until the early morning of the 10th of May 1940, there was an entirely different railway bridge on the site of the existing railway bridge. As the Germans invaded, after several failures, Dutch engineers blew up the bridge to prevent a German armoured troop train crossing the IJssel. Just in time, as the swing bridge over the canal near the Snipperling across the Overijssel Dike was disabled.

Very soon after, the Germans constructed a makeshift emergency (railway) bridge. Only trains were allowed to cross. It was a 'Military Area’, therefore strictly forbidden territory: anyone who entered it risked being shot. This east-west rail line through Deventer was one of the supply lines to Berlin, which connected with the west of the Netherlands. The constant flow of supplies to the front, and the transportation of flying bombs to German launch positions in the west of the Netherlands, was a sufficient reason around October 1944 for Allied command to attempt destroy the railway bridge in particular.

Sunday morning, the 15th of October 1944. Deventer was rocked for the first time by a major bombardment of the bridge. 34 bombers of the 137th Wing of the Royal Air Force dropped 24 one-thousand pounders. The bridge was indeed damaged during several bombardments but remained intact. In the final phase of the war, the reasoning changed: then it was important for the Allies the railway bridge remained intact for the liberation armies. On the 6th of April 1945, German forces very thoroughly blew up the railway bridge, from the ground, without hindrance from the enemy.