Early in the morning on 12th September 1944, approximately three months after the Normandy landings, the American 30th Infantry Division, nicknamed 'Old Hickory', crossed the Belgian border into the Netherlands just above Visé. The liberation of the Netherlands had finally begun. In Mesch, the curiosity of the village's head teacher, Sjef Warnier, had got the better of him … 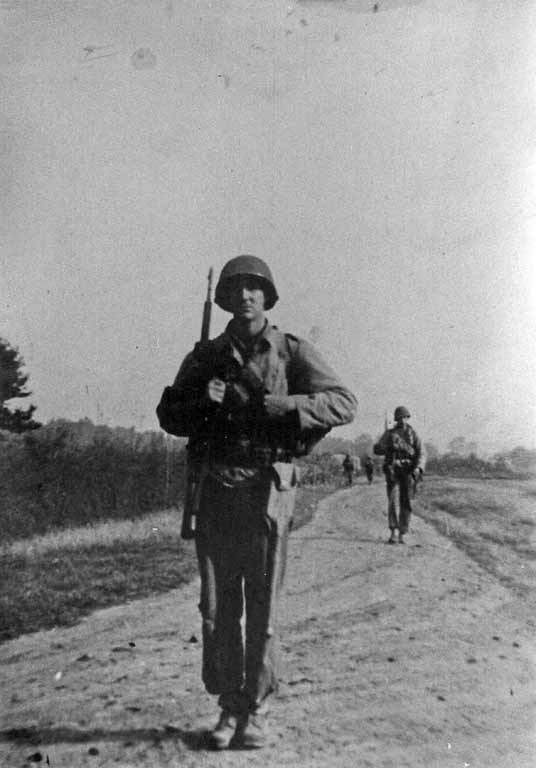 Following the Normandy landings on 6th June 1944, there was an unimaginable number of soldiers working day and night to liberate Europe from the German occupying forces. It took them more than three months to eventually reach the Netherlands from the beaches of Normandy.

They fought heavily with the Germans during numerous battles at different places along the way. The Germans had no intention of surrendering, and put up unexpected and stiff resistance. This made the planned advance towards the Netherlands more difficult than anticipated.

However, early in the morning on 12th September 1944, the men of the American 30th Infantry Division finally crossed the Belgian-Dutch border just north of Visé. Seeds of doubt were sown in the minds of the German troops stationed in the region, and they had little choice. It was either retreat and retreat and run the risk of on-the-spot execution, stay put and be taken prisoner, or worse still: not living to tell the tale.

In Mesch, people could hear the loud rattling of the German troops clearly retreating with horse-drawn carriages filled to the brim with everything and anything of value that they could find. They were filled with fright at the sight of an American reconnaissance plane circling overhead. They wondered how far away the Americans were and decided to take cover in the village orchards and seize café van Hoven as field hospital. With their hearts in their mouths, they waited to see what would happen.