Turney W. Leonard graduates from Texas A&M University in Dallas, Texas, in 1942 and receives a valuable gold ring just like the rest of his class. He signs up for the U.S. Army shortly afterwards and is deployed to Europe in 1944 where he distinguishes himself as an incredibly courageous soldier at the Battle of Hürtgen Forest near Kommerscheidt. He gets killed. But his ring is found by a German boy. 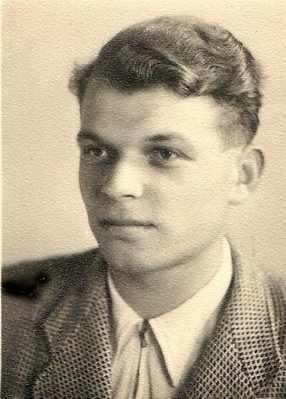 Turney W. Leonard graduated from Texas A&M University in Dallas, Texas, in 1942. It is a famous university where cadets are trained to take important positions in the U.S. Army. Upon graduation, he received a valuable gold ring engraved with his name, just like the rest of his class.
Like many of his friends, he signed up for the American army shortly after and is deployed to Europe not long after his training in 1944, where he distinguished himself as an extremely courageous soldier at the Battle of Kommerscheidt in the German Hürtgen Forest. He did not survive the battle. He was posthumously awarded the Medal of Honour—the highest American military award—for his actions.

After his exhumation in the German Hürtgen Forest, in Kommerscheidt, in 1946, the ring was discovered by a German boy. Alfred Hutmacher was only 17 years old at the time and was forced to fill open graves by the Americans. He took the ring home and forgot about it.

Fifty-four years later, while talking to his son-in-law, Volker Lossner, about the war and their house in Schmidt, he remembered the ring. They studied the ring in detail and decided to return it to its rightful owner. What follows is an extraordinary story with a happy ending.