More than a museum dedicated to the landings on D-Day, the Juno Beach Centre is a place of memory representing a whole nation. It recalls the participation of Canada in the Second World War and its important contribution to the liberation of Western Europe. Canada itself emerged transformed from the conflict. 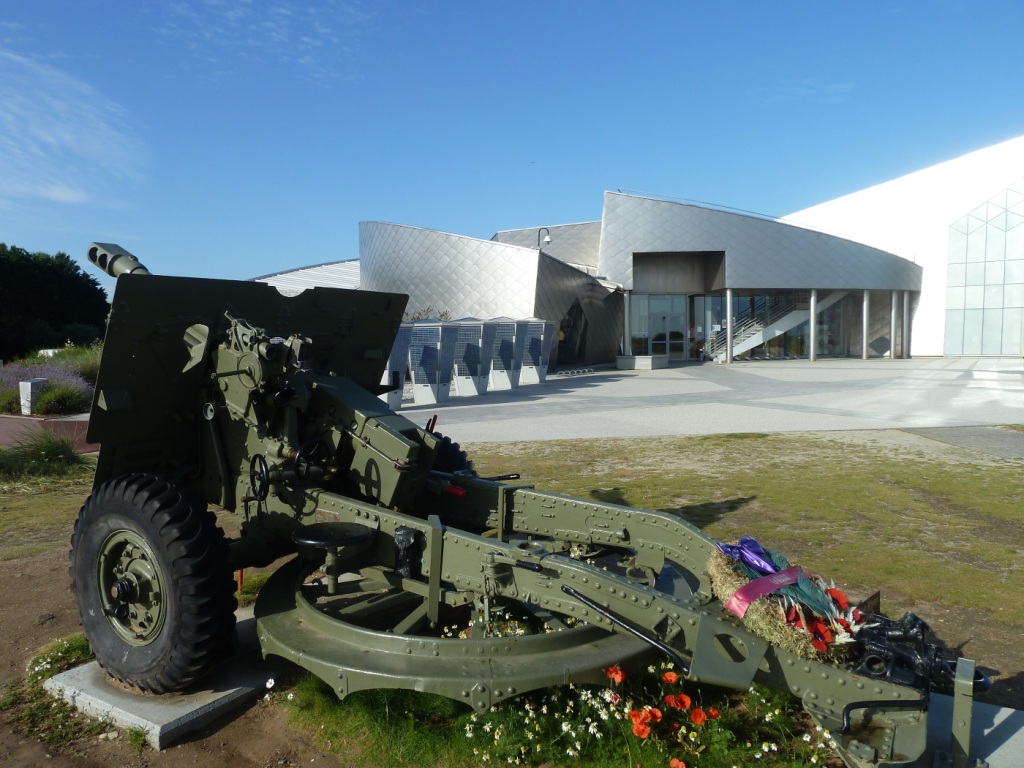 Open since 2003, the Juno Beach Centre is located opposite the beach in Courseulles-sur-Mer, on one of the strongpoints which protected the harbour entrance and which the 3rd Canadian Division had to neutralise on 6 June 1944. More than just a museum dedicated to the landings on D-Day, it is a place of memory for an entire nation. It is devoted to the participation of Canada in the Second World War and its important contribution to the liberation of Western Europe.

At war alongside the United Kingdom as soon as September 1939, Canada had made a considerable effort by mobilising all of its economic and human resources. After a rapid industrial transformation, it had become, with the United States, the ‘arsenal of democracy’.

Despite conscription being restored, Canada sent only volunteers overseas. Painful memories of the First World War indeed evoked tensions between English-speakers and French-speakers on this question. More than one million Canadians were mobilised during the conflict, nearly half of the men of an age to bear arms. At the end, the country came out of the war transformed and with its national unity intact.

The Juno Beach Centre offers visitors a comprehensive overview of Canada's war efforts through six thematic showrooms. An emotional film entitled ‘Dans leurs pas’ (‘They walk with you’) allows everyone to identify with the history of a single individual Canadian infantryman.