The Landing Museum (D-Day Museum) of Arromanches, Normandy explains the technical prowess used in the (pre)fabrication – in Britain – of the artificial port of Arromanches. A model and a film complement the educational presentation, allowing a better understanding of the visible remains that can be seen through a large window overlooking the bay. 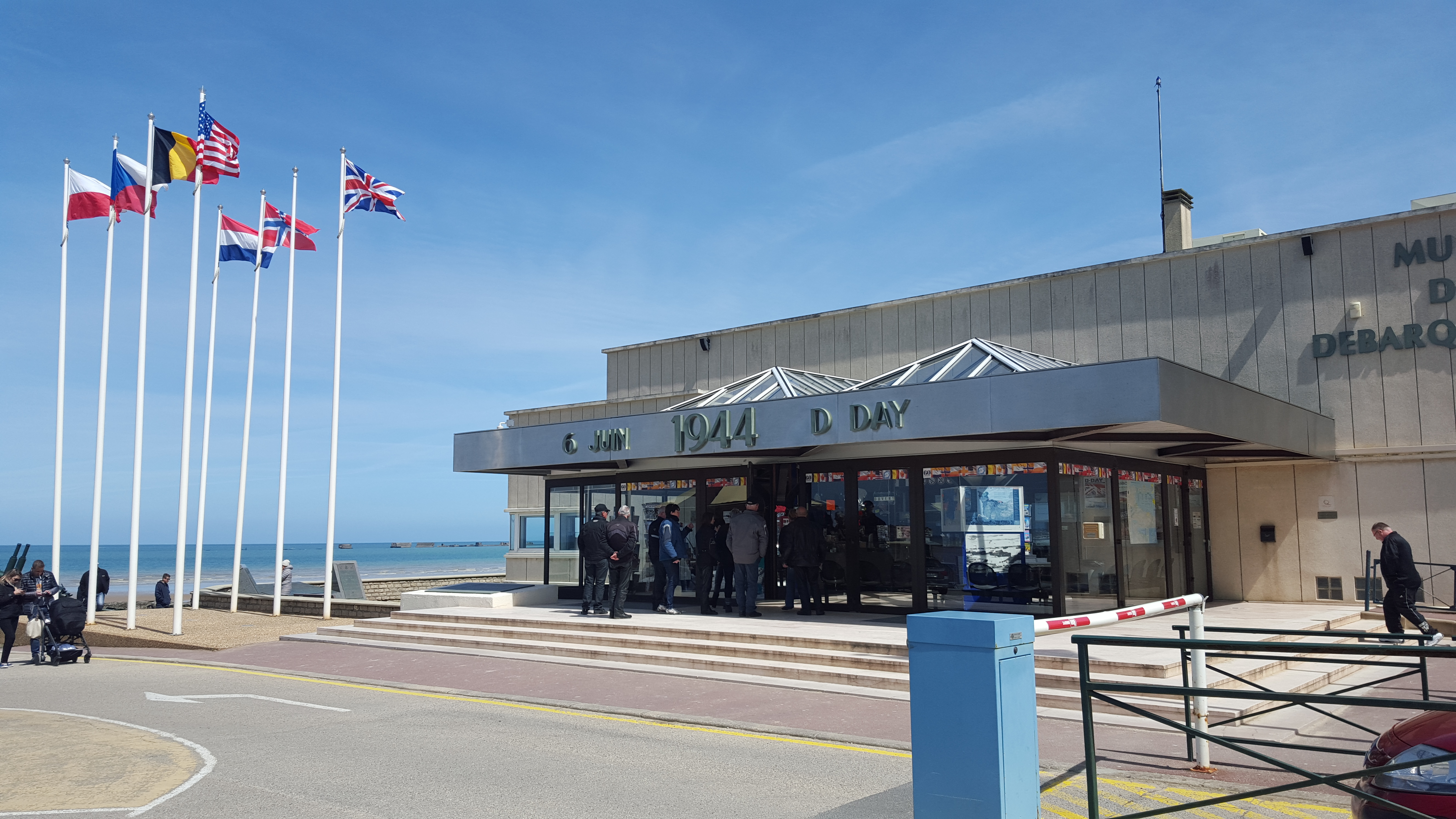 The Musée du Débarquement (D-Day Museum) at Arromanches was the first museum built to present the events from 6 June 1944 onward in Normandy. Funded by the sale of the wrecks littering the surrounding coastal area, the museum was inaugurated on 5 June 1954.

D-Day Museum is located right in front of the former artificial port and explains how the artificial port facilities were constructed and used. First, a line of floating breakwaters (metal boxes in the form of a cross called Bombardons) was deployed.

Next, a pier was constructed by scuttling redundant freighters on site, completed by an alignment of huge concrete caissons, each weighing 1600-6000 tons. These caissons, also built in Britain, were towed across the Channel and immersed on the appropriate spot.

Floating docks were finally installed in the bay, connected to the mainland by floating roads. Docks and causeway rose up and down with the tide, offering a clearance of several meters. The functioning of the port is explained through a model inside the museum, while a film retraces the stages of design, construction and assembly. Vivid images evoke the storm of 19 to 22 June which nearly destroyed the construction. Behind the museum and on the beach, visitors can see the metal remains of the artificial harbour’s floating road.