The British Army is again halted beyond Aalst on September 18. A battery of German guns fires on the column. There is no air support due to fog at the airfield. The narrow road is difficult for the big guns to move forward quickly. During the artillery duel, a few British officers find the time to visit the barber. 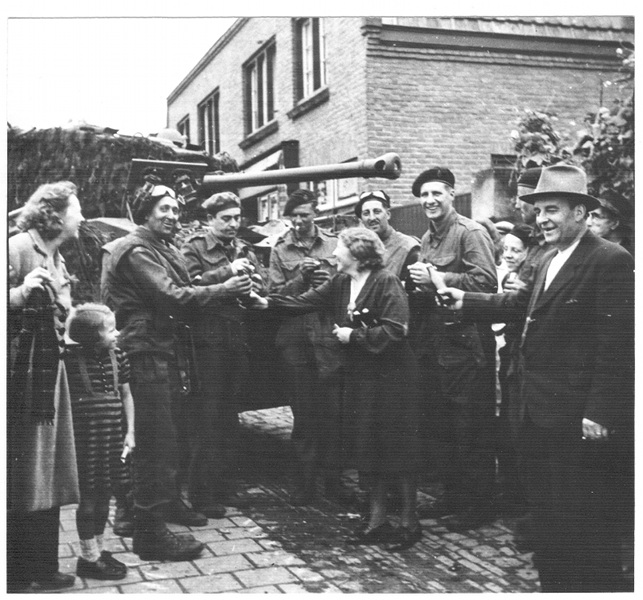 On Monday September 18 1944, the Household Cavalry, a reconnaissance section of the British XXXth Corps, advanced to the bridge over the river Tongelreep at Aalst. Once there, the British column came under fierce fire from 88mm guns, which were set up in the sports park in Eindhoven. The Irish Guards arrived too. They asked headquarters for air support. But none could be had at the time, due to fog at the airfields in Belgium. Meanwhile, a number of soldiers also found time to visit the hairdresser.