It is the 7th of February 1945, the eve of the allied offensive codenamed Operation Veritable. Kleve, which had been subjected to heavy bombing earlier in the war, is bombed again. The Upper Town is severely affected. The civilian population has been largely evacuated. In the town, there are soldiers, members of the Hitler Youth, fire-fighters and many Ukrainian slave labourers. A hundred of them are locked up behind bars in the prison on the Krohnestrasse. They do not survive the attack. 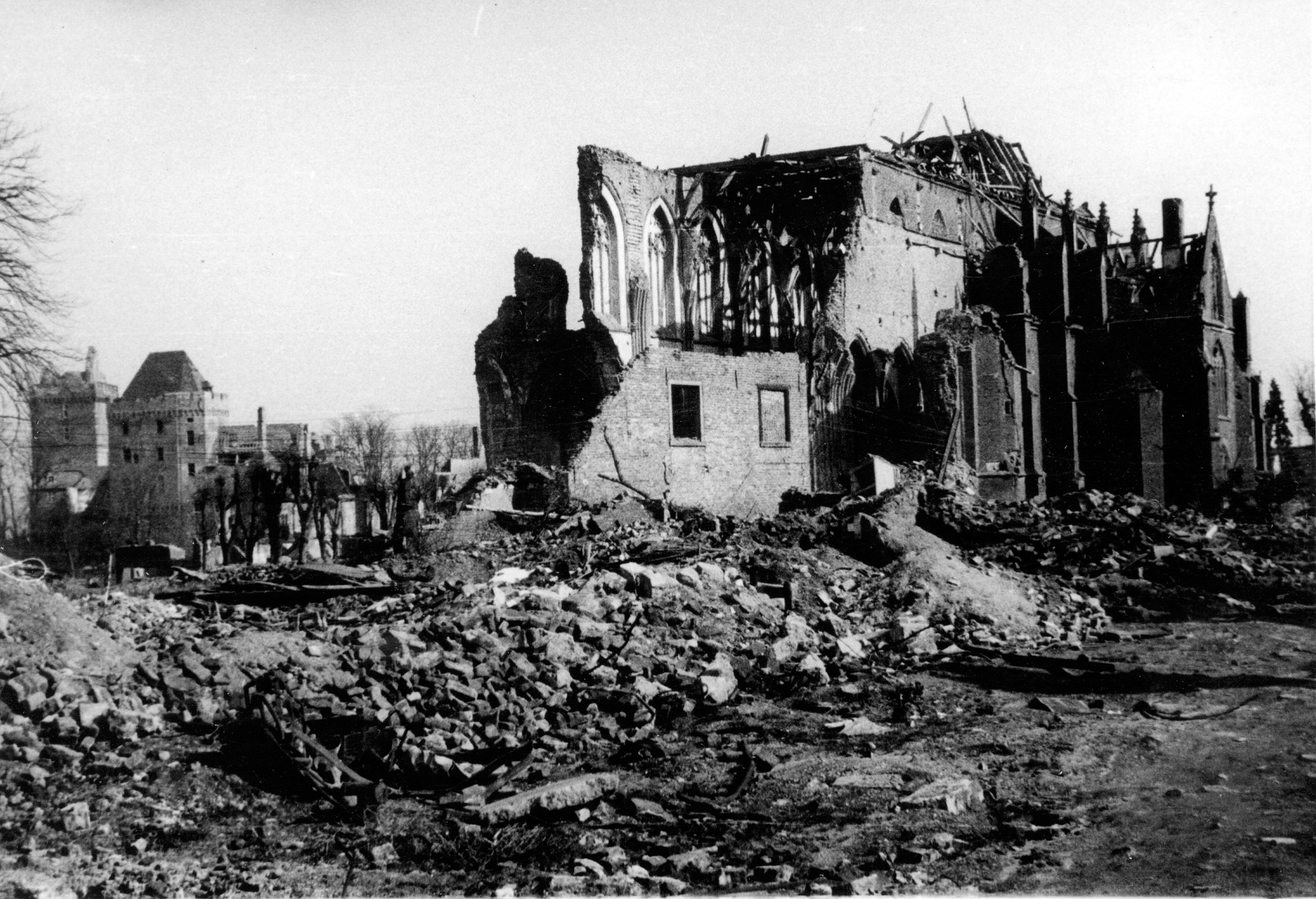 The British plan for a major offensive from Nijmegen towards Wesel was resumed in early 1945. Operation Veritable was planned to begin on the 8th of February. On the 7th of February, literally on the eve of the operation, Kleve is again heavily bombed.

This time mainly the Upper Town is hit hard. In principle, the civilian population had been evacuated, but among others, there are still soldiers, members of the Hitler Youth (a number of whom were killed in a cellar under the former home of the shoe manufacturer Gustav Hoffman) and fire-fighters. Moreover, that night, there are many slave labourers from the Ukraine locked in cells in the prison on the Kronestrasse. They had been recently deployed to recover the bodies of people killed during the first major bombardment, clearing debris and constructing defences. During this night, about a hundred of these slave labourers died tragically in the cells. They are buried in the Kriegsgräberstätte, which is much more than just a military cemetery. The cemetery was dedicated in 1950 as a central cemetery for war victims from the Kleve area including civilians.