The National Canadian War Memorial in Apeldoorn is called 'The Man with Two Hats'. Ottawa, Canada, has an identical statue symbolising the solidarity between the two countries. The two hats represent war and peace, repression and freedom, life and death, sadness and joy. In fact, many Dutch people regard the Canadians as the true liberators of the Netherlands. 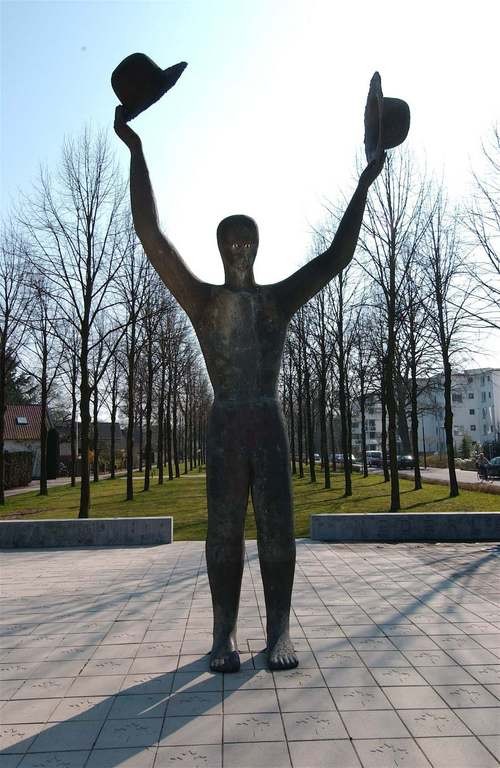 Even though The Netherlands was liberated by many different nationalities like the British, American, French, Belgian, Polish and Norwegian, the Canadians have a special place in the Dutch people's hearts. Apeldoorn also has a special relationship with the Canadians, because the last Canadian headquarters had been stationed in the royal palace in Apeldoorn at the end of the war. The war ended on 5th May 1945 but not all of the allied troops could be repatriated. Large numbers of Canadian troops were forced to stay here for another six months or more. During this time, the soldiers mixed with the civilians and some even married, despite the government's attempts to discourage it.

Whilst the Canadians had been treated like heroes to begin with, tensions between the two nationalities soon grew. When the last Canadian soldiers left The Netherlands on 7th January 1946, they left 5706 behind. The majority of whom are buried in the Canadian war cemeteries in Bergen op Zoom, Holten and Groesbeek. On 2nd May 2000, a memorial was erected opposite the royal palace, Palace Het Loo. This National Canadian War Memorial has been named 'The Man with Two Hats', and has a twin in Ottawa that was unveiled on 11th May 2002. Together, these two statues symbolise the lasting solidarity still felt by these two nations.