The population of Millingen did not think for one moment that they too might have to evacuate their homes. This meant that the villagers were totally unprepared when the Germans issued an evacuation order on 18 October 1944 and gave them 24 hours to pack a few things and leave the rest behind. They had no idea where to go and who would look after their animals? How long did they stay away for? 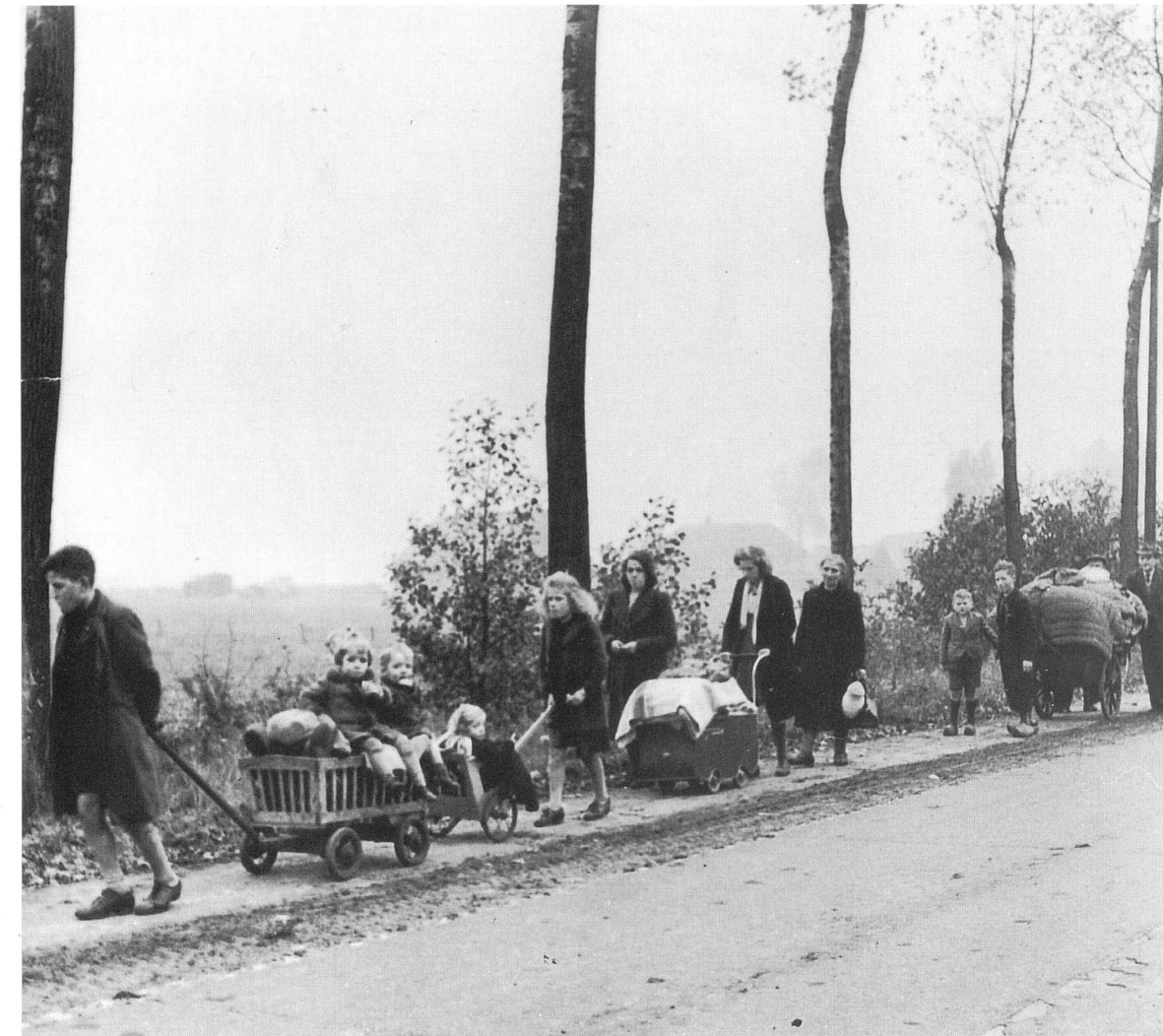 The Allies advanced quickly through France and Belgium in the summer of 1944. So quickly, that there had been no time to evacuate the civilian population from the area. Even if there had been, the people would have soon been overtaken by the fast-moving troops. Once the frontlines had stabilised, both the German and the Allied forces started evacuating civilians on both sides of the battle lines. The reasons for evacuating were numerous: to protect the civilians from being hurt or killed; to get them away from the battle ground so they could concentrate on fighting; and to remove any potential spies from the area.

More often than not, people were given very little notice and had little time to pack possessions. They were only allowed to take what they could carry, either on their backs or in carts and would end up a long way from home. In fact, the population of Millingen ended up in the north of The Netherlands and some of the people of Groesbeek, who were evacuated by the Allies, even ended up as far away as West Flanders in Belgium.