The key to success

In September 1944, the allied forces met with fierce German resistance near Elst while they were advancing towards Arnhem. The area between the rivers was not very easily accessible by tank. All those dikes, ditches and orchards stood in the way of a rapid advance. Both the Germans and the British saw possession of the village of Elst as the key to success. This resulted in a fierce battle that went on for several days. 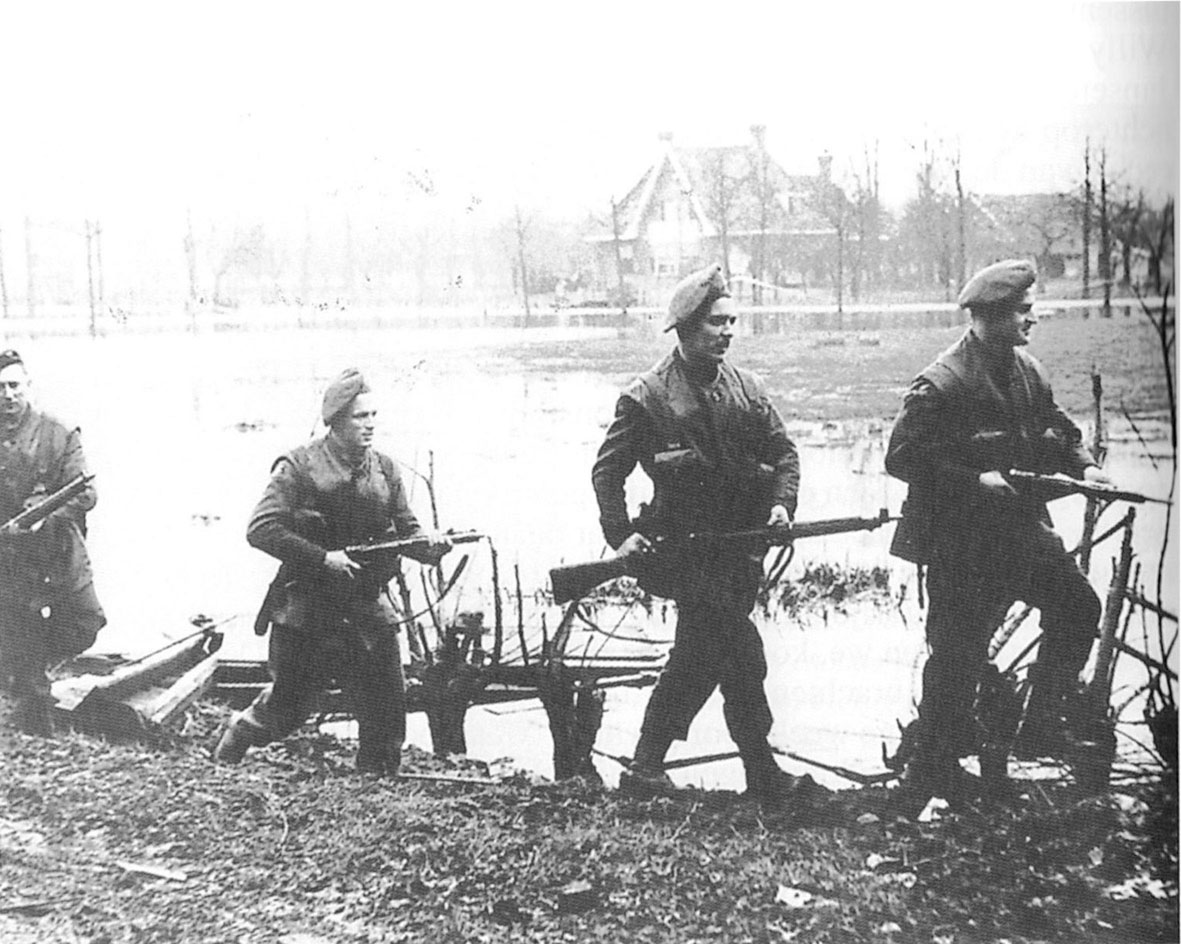 By the evening of 20th September 1944, the bridge over the Waal in Nijmegen had fallen into Allied hands. It had remained undamaged and it was now up to the British ground forces to push on towards Arnhem to complete the last phase of Operation Market Garden. It was 11 o'clock on the 21st September however, when the British troops finally started its advance. By that time, the Germans had already set up an ambush to the south of Elst, which the British soon stumbled upon.

On 22nd September, the British troops marched along the narrow roads to the west of Elst on their way to Driel. There, they joined the Polish parachutists who had landed there on the 21st. During this manoeuvre, the British rushed to set up their own ambush for the German tanks of Hummel's schwere Panzer Kompanie (heavy tank company), destroying at least five of his tanks, (as described in the audio story). Subsequently, the British troops attacked Elst from the west and liberated it on 26th September 1944.