In the night of 13 to 14 April 1945, the German troops in Oostmahorn hear that the Canadians are on the way. They retreat to Schiermonnikoog. However, the German island commander is not prepared to leave it at that and decides to retake Oostmahorn on 16 April. 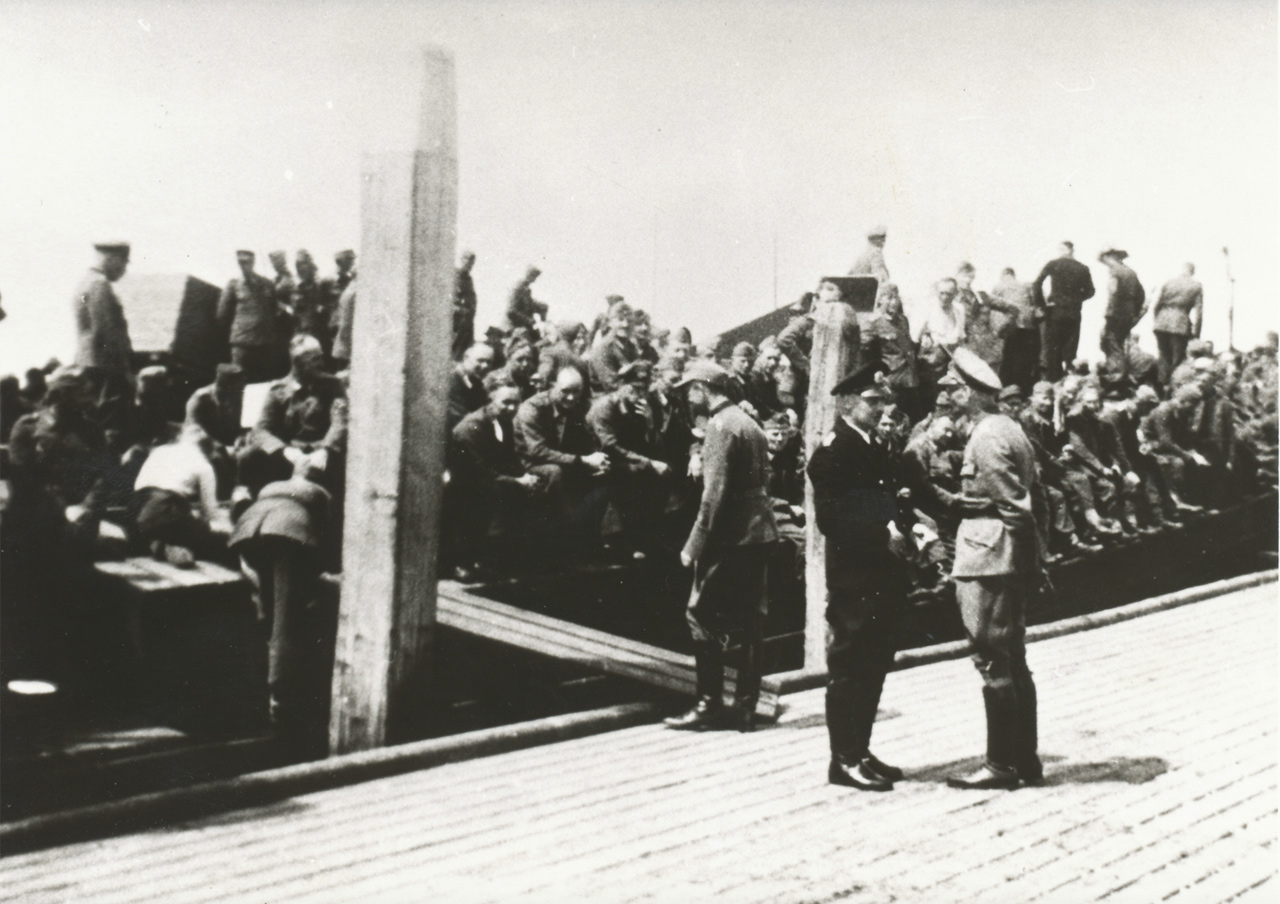 14 April 1945 : the advance of the Canadians corners the Germans, who flee to the island of Schiermonnikoog. Two days later, the island commander attempts to retake the German positions on Oostmahorn. Oostmahorn is shelled by the battery on Schiermonnikoog for two to four hours. Three people are killed; a woman working for the Germans is hit by a grenade, and two Canadian soldiers are killed. Three ships carrying German soldiers are sent to Oostmahorn. The Lauwerszee ferry is forced to sail along carrying German soldiers. The Germans are met with machine-gun fire upon reaching Oostmahorn. It turns out to be too dangerous to land. There are a few wounded on the German side, but they all make it back on board. The Canadians shell the island from the mainland in retaliation. The shelling does little damage. The Canadian commander issues an ultimatum the next day: the enemy must surrender, or the shelling will resume.
On 18 April, the ultimatum is rejected, and the German commander asks that the village is spared from the shelling. The islanders who live outside the village are taken in by families in the village. The situation becomes less threatening after about a week, and life returns to normal; the residents of rural areas return to their homes.

However, the last German soldiers do not leave the island until 11 June 1945. Only then is the island liberated.