"A cross in the Peel"

A tall Cross of Honour once stood on the deserted Peel. It marked the spot where a bomber crashed on the 7th of February 1945. It was hit by German night fighters equipped with a new radar system. Allied bombers that were hit often tried to land in liberated territory including the Peel Region, just like the Halifax NA-197 and Halifax NA-260 with a French crew. Two of them are buried where it crashed. 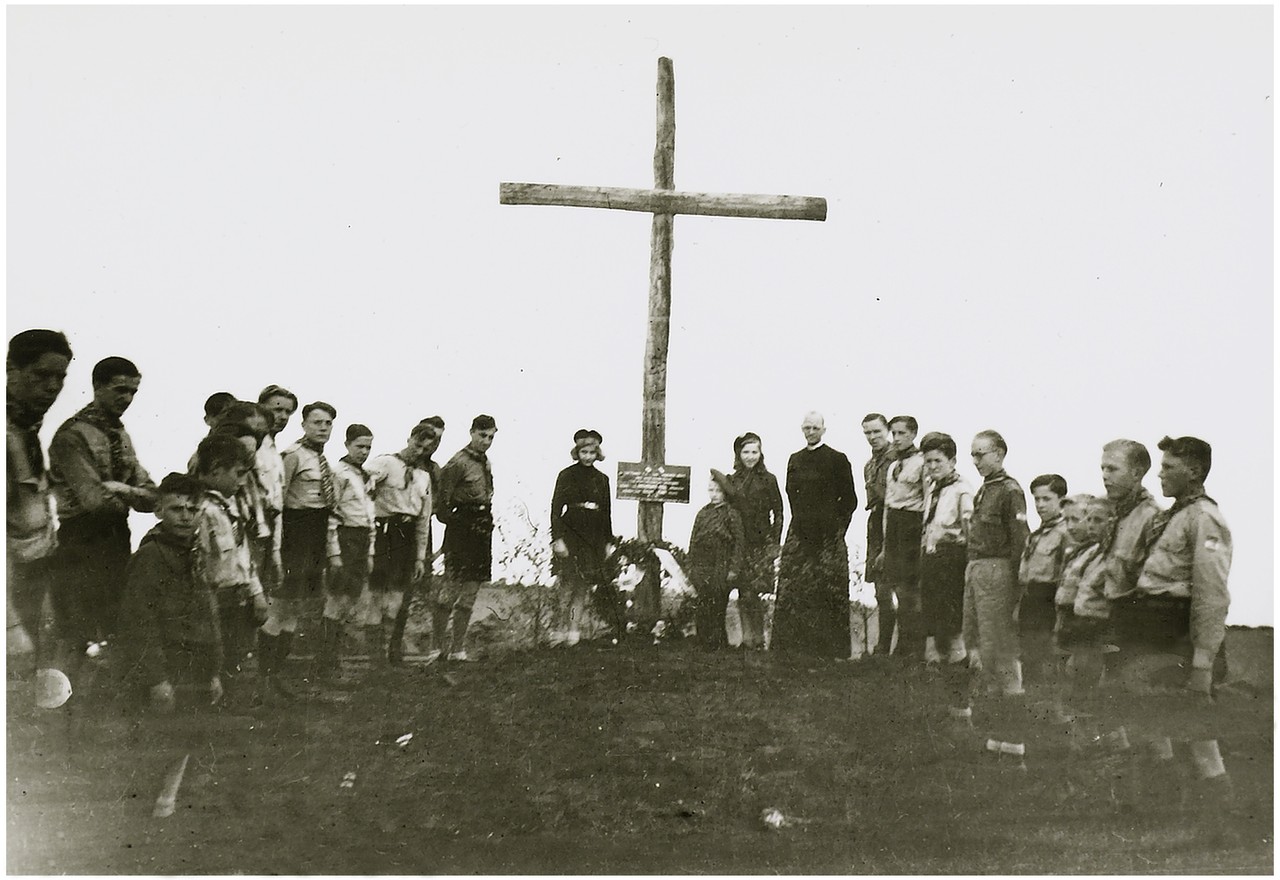 In WW2, dozens military aircraft crashed in the Peel. The Peel Marsh was an uninhabited area. In January-March 1945, the Allies conducted many bombing raids on the Ruhr Area and Lower Rhine. On the 7th of February 1945, the eve of the Rhineland Offensive, Kleve and Goch were targeted, among others.

On the 7th of February 1945, when the Peel was already liberated, two Halifax bombers with French crews crashed close together a few minutes after each other. One plane exploded in the air, the other one crashed.

The remains of two crewmembers of the last plane still rest in the Peel at the site of the crash.
In 1946, a memorial cross of bogwood from the Peel was erected at the site. Over fifty years, the cross disappeared after land clearance in the area. In 2002, a memorial was erected in De Groote Peel National Park for all the flight crews of WW2 who lost their lives in the Peel. The crashes of both Halifax bombers on the 7th of February 1945 are symbolic of all the plane crashes in the Peel during WW2.