The undertaker from Vossenack

60 year old Pionierhauptmann Julius Erasmus arrives in Vossenack in the summer of 1945. He sees the remains of deceased soldiers along the roads of the Hürtig Forest. He can not bare the sight and starts burying the dead. Julius Erasmus ultimately secures and buries 1569 fallen German soldiers, often risking his own life. 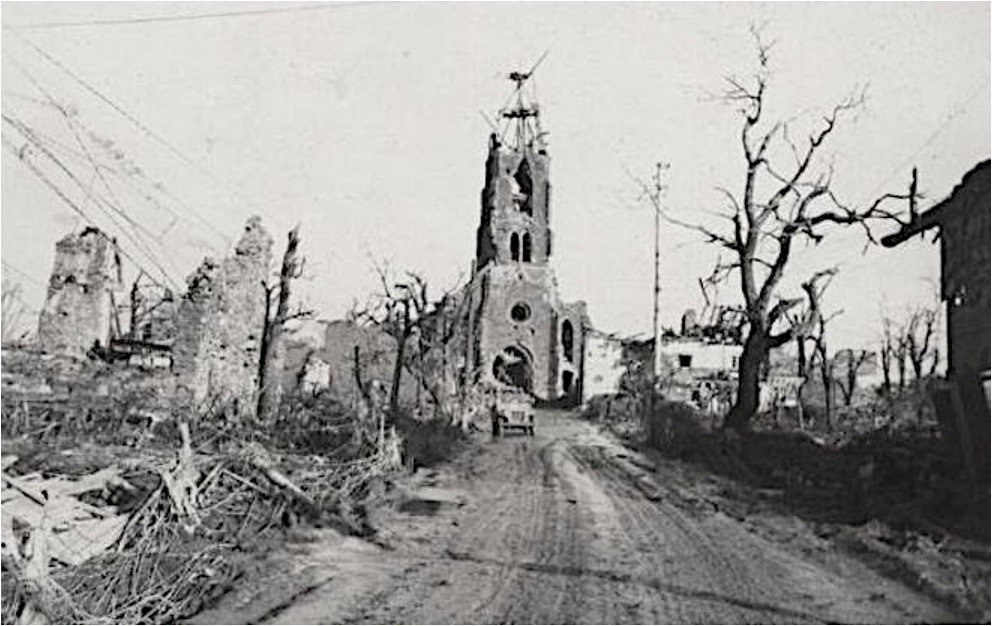 The war cost the 60-year-old textile manufacturer Julius Erasmus his home, hearth and family in Aachen. During the war, he served as Pionierhauptmann in the Wehrmacht and was one of the few in his battalion to survive the war. He now constantly asks himself why he is still alive.

A few months after the war, in the summer of 1945, he returns to the Vossenack woods. Leftover ammunition from the battle is strewn everywhere: phosphorus from hidden booby traps, remnants of bombs, and mines and grenades beneath the surface. It is a deadly place. The decomposing remains of countless dead soldiers still lie between the broken trees. It is a gruesome sight. On his own initiative, Erasmus begins to bury the dead at the edge of the forest, using simple wooden crosses he made himself. He is soon joined by others, especially the town pastor, Dr Eschweiler. Thanks to Werner Eschweiler's efforts, the soldiers can now be buried in the municipal cemetery. Erasmus does what he can to determine the identity of each soldier.

As if the battle against nature and the signs of war and nature were not enough, hundreds of hectares of woods in Hürtgen Forest are destroyed by fires in the years after the war. The mountains of ammunition go up in flames. The already-destroyed forest becomes a blackened desert. The dead burn with the woods; hundreds of bodies are charred. Julius Erasmus and pastor Eschweiler carry on.

And so, Julius Erasmus and his team work to bury 1569 German soldiers. The final resting place for the fallen is not at the edge of the woods, but in the current military cemetery in Vossenack. Erasmus built himself a simple log cabin at the edge of the cemetery. The "father of the dead" maintained the graves for years afterwards; to this day, a memorial stone in the cemetery keeps his memory alive.