The British military cemetery holds the grave of art protection officer Ronald Balfour. In 1944, the historian from the University of Cambridge joined the Monuments Fine Arts and Archives Section („Monuments Men“) of the Supreme Headquaters Allied Expeditionary Force. As a specialised officer, he followed the front line in the Nederrijn region, where he protected historically significant art objects from destruction. 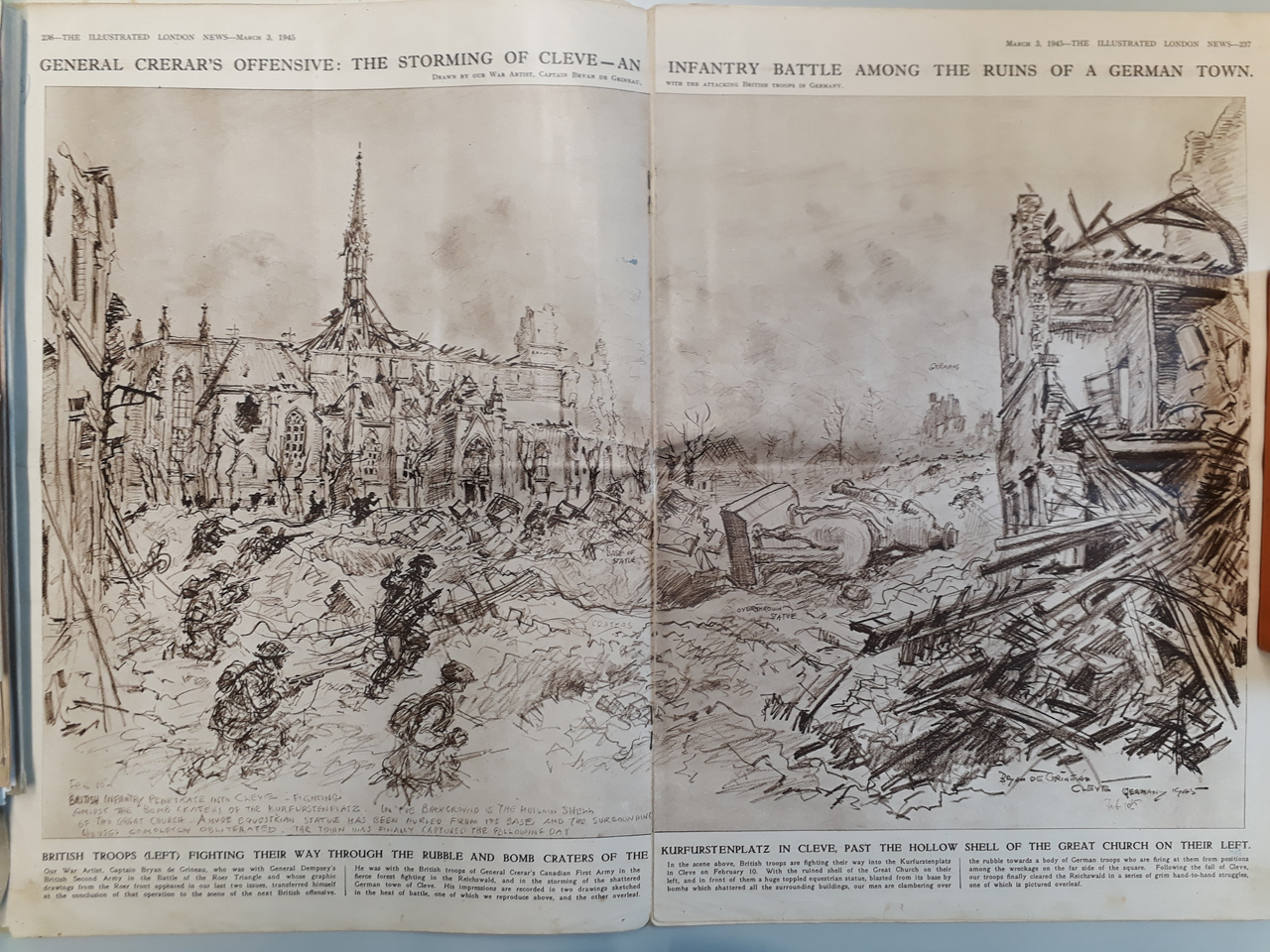 Ronald Balfour becomes a specialised officer of the First Canadian Army. He follows the front through northern France, Belgium and the Netherlands, before arriving in the Lower Rhine region in the wake of Operation Veritable on 8 February. Kleve and Goch are liberated on 11 February. Balfour visits the site immediately to protect historically significant buildings, art objects and documents from destruction and looting. Although bombs have completely destroyed the collegiate church of Kleve, he manages to salvage parts of two large, 16th-century wood carved altarpieces and move them to safety.

In Goch, he finds the city archives in a building that has already been partly plundered. He collects enough to fill three full trucks and brings them to Kleve. He set up his headquarters in the Capuchin monastery in Spyck. In Kalkar, he finds the city archives in half-barricaded rooms. He marks the rooms as containing items of historical value. He does the same for the parish archive in Kranenburg. One of Balfour's great merits is the preservation of the Gochse Steintor, a monumental gateway and part of the medieval city fortress.

The chaos of those days is evident from the fact that the exact date of Ronald Balfour's death and the circumstances under which he died are unknown. Balfour's documents dated 3 March 1945 are his last sign of life. His parents are informed that 4 March 1945 is the day of his death. After the war, it is said that Balfour was killed by shrapnel as he left a church with altar fragments in his arms.

In his short service with the MFAA, Balfour managed to secure many art treasures. Kleve and Goch are still incredibly grateful and pay homage with a street name and this audio exhibit.