This is where the liberation of Apeldoorn started - here, on the night of the 16th of April 1945. Albert van de Scheur and Gijs Numan crept across this very lock towards the Canadian liberators, knowing just how to stop them from blowing Apeldoorn to pieces. This heroic act saved Apeldoorn from heavy artillery fire just before the decisive attack on the Apeldoorn canal. 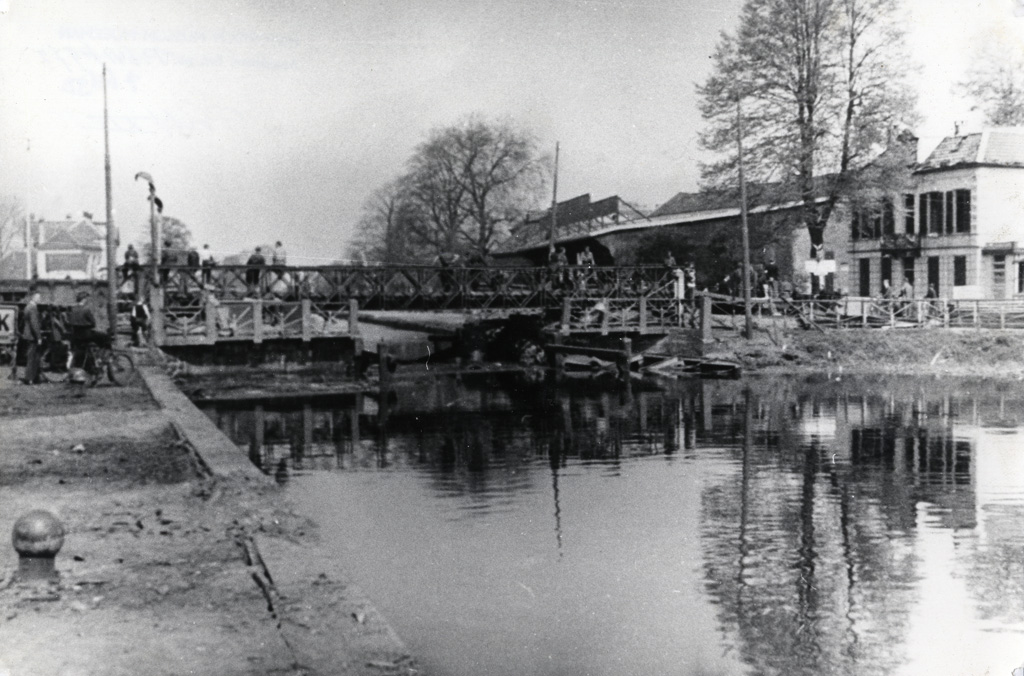 On Friday 13th April 1945, the Canadian advance to Apeldoorn came to a standstill. The Broeksbrug bridge over the Apeldoorn canal had been blown up by the Germans and the Canadian's attempt to secure the Deventerbrug bridge had failed. The Canadians were expecting Apeldoorn to be strongly defended by the Germans and planned to attack the Deventerbrug bridge, starting with heavy artillery fire. Gijs Numan, commander of the Dutch Interior Forces in Apeldoorn knew about the Canadian's plans and knew that they would need to seize the bridge in one piece. He went to the bridge and convinced the Germans that were protecting it to hand themselves over.

On the night of the 16th April, Gijs Numan crossed the canal with a guide to report to the Canadians, but the commanding officer did not believe the Germans had left. There was no chance of them changing their plans. Gijs Numan offered to bring the German prisoners to the commanding officer for interrogation. This, he did, and the Canadians finally decided not to open fire on the bridge or on Apeldoorn. They decided to attack at night instead, and they secured the bridge and the surrounding area without any resistance from the Germans. At 9:00 hours on 17th April 1945, the first troops arrived at the royal palace, Palace Het Loo in Apeldoorn and later that day, the rest of the town was liberated.